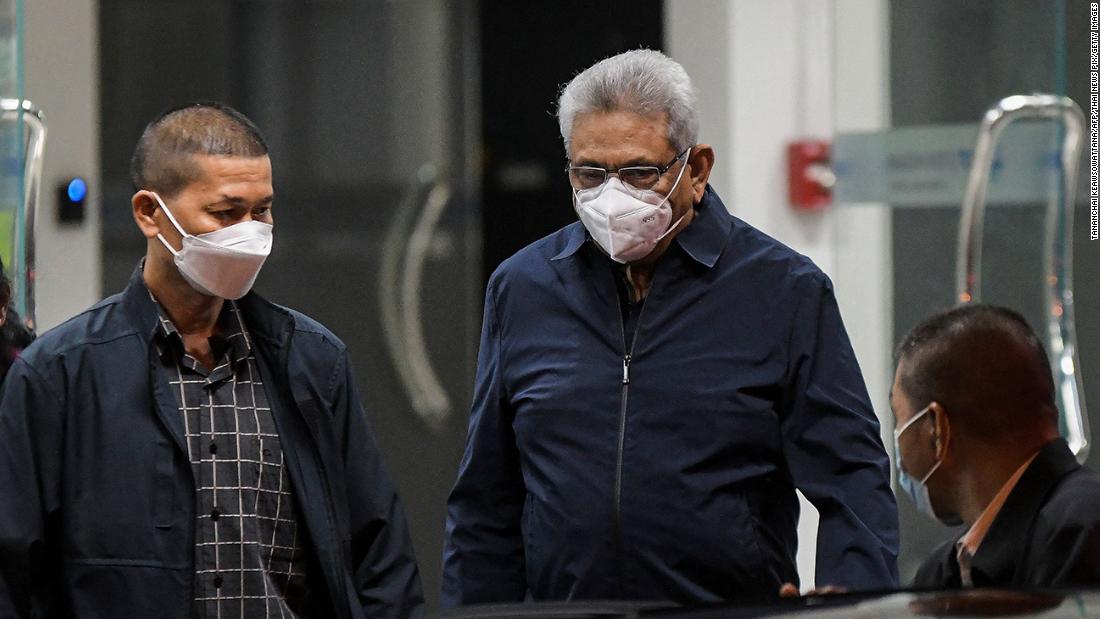 “We have no role in officially returning them. They are Sri Lankan citizens and can travel as they wish,” Sabri said.

Rajapakse has been in Thailand since fleeing Sri Lanka on a military plane to the Maldives in July and then traveling to Singapore, days after angry protesters stormed his official residence and office.

He resigned from Singapore, but public anger grew He is accused of financial misappropriation.

The former leader’s hasty exit is a historic moment for the nation of 22 million, which has been ruled with an iron fist by members of the Rajapakse family for the past two decades.

Anger has been growing in Sri Lanka for months after the country’s foreign exchange reserves fell to record lows as dollars ran out to pay for essential imports including food, medicine and fuel.

Rajapaksa’s brother, Mahinda Rajapaksa, was forced to resign as prime minister in May as public anger over the crisis escalated.

His departure followed a day of chaos and violence that culminated in the imposition of a nationwide curfew.

Sri Lankan President Ranil Wickremesinghe reportedly said in late July that it was “not the right time” for Gotabaya Rajapakse to return to the country because it could cause political tension.