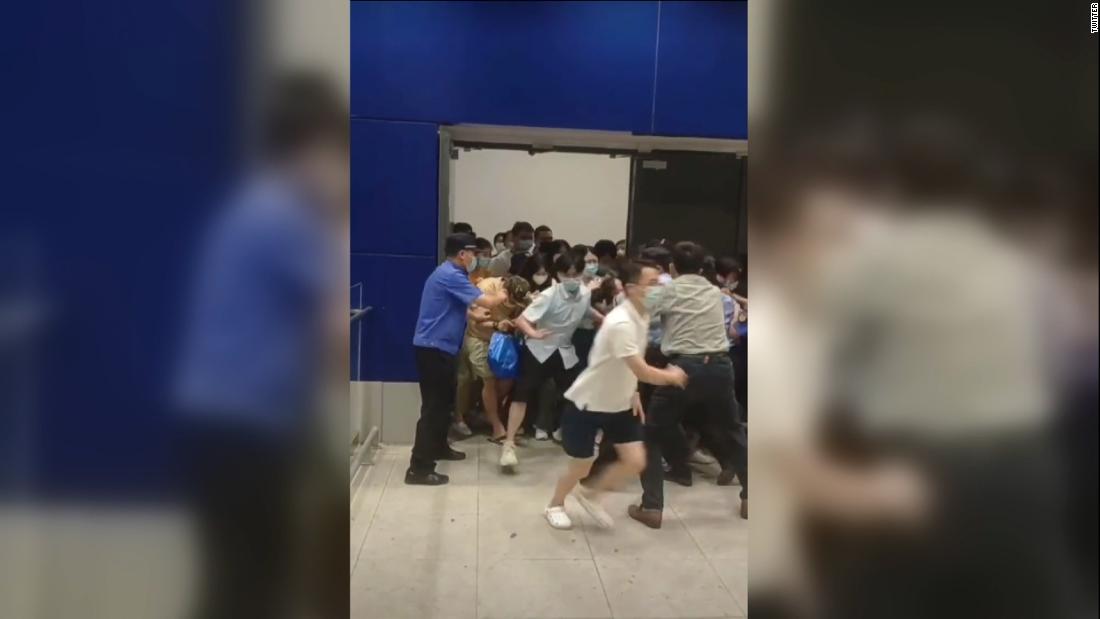 Multiple videos on social media showed customers yelling and pushing each other in an attempt to escape the building before the doors closed.

At a press conference on Sunday, Zhao Dandan, deputy director of the Shanghai Health Commission, said the “store and affected area” would be under “closed loop” management for two days. People in the loop must undergo two days of quarantine and five days of health surveillance at a government facility.

On Monday, city health officials reported six locally transmitted cases of Covid-19 in Shanghai, five of which were asymptomatic.

An Ikea store in Shanghai’s Xuhui district was temporarily closed on Sunday and Monday and will reopen on Tuesday in response to “epidemic prevention guidelines” from authorities, Ikea’s China communications team told CNN.

The lockdown was imposed under China’s strict zero-covid policy, which relies on mass testing, widespread quarantine and the lockdown of entire cities to eliminate any resurgence of the virus.

Relying on mobile technology and big data, the Chinese government uses a color-based “health code” system to control people’s movements and prevent the spread of the virus.

People in many Chinese cities must present a green health QR code to ride public transport and enter places including shopping malls, gyms and restaurants. The system logs their whereabouts and if they come in contact with a confirmed Covid-19 case — those whose health codes turn red face almost certain confinement to quarantine facilities.

Snap lockdowns are common in the country, with the public increasingly frustrated by draconian rules as the economy struggles to adjust to the disruption.

Last week, more than 80,000 tourists were stranded on the popular resort island of Hainan after authorities announced lockdown measures to prevent an outbreak of the virus.