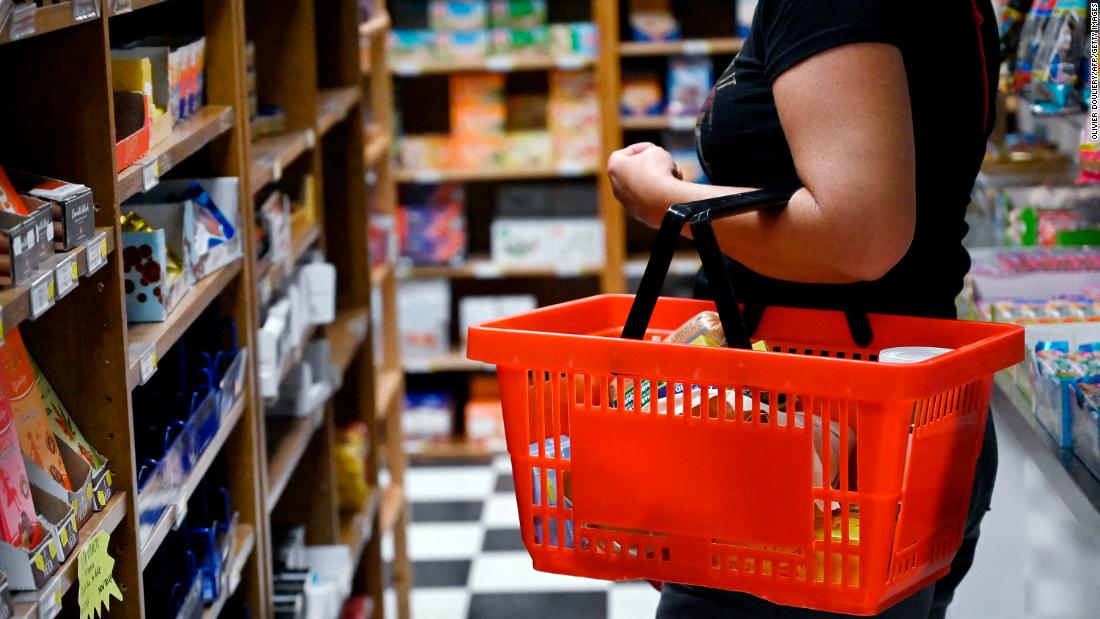 The Consumer Price Index is an aggregate snapshot of the broad range of goods and services that Americans buy. In July, lower gas prices effectively canceled out higher prices for food and lodging. Core inflation, which excludes the volatile food and fuel components, rose 5.9% year-on-year, matching the increase seen in June.

The month’s worth of increases in CPI pose a growing challenge to the Federal Reserve, which is committed to reining in soaring prices as it tries to avoid plunging the economy into recession.

Expectations that the Fed will raise its benchmark interest rate again by 75 basis points at its next monetary policy meeting have fallen since the release of Wednesday’s inflation data. Most analysts now expect the central bank to raise rates by 50 basis points.

“The Fed is already committed to a rate hike path,” said Ross Mayfield, investment strategy analyst at Baird. “The market is saying the Fed is closer to the end than the beginning, [but] I’m not sure we’re quite there yet.”

What Americans are paying more for

However, food costs continue to jump Sharply, it rose 1.1% month-on-month and 10.9% year-over-year, the largest increase since May 1979. Food at home rose by 13.1% year-on-year. The run-up in food prices came as a surprise as lower energy prices were expected to help ease the sticker shock Americans have experienced at the supermarket over the past several months.

New vehicle price increases slowed slightly, rising 0.6% after last month’s 0.7% increase. Used car and truck prices were down 0.4% and airline fares were down 7.8%.

The rate of increase in housing costs moderated somewhat, with overall shelter costs, rent and owner-equivalent rents down a fraction of a percentage point from the previous month. However, shelter costs were still up 5.7% year-on-year.

The rising amount Americans have to spend to keep a roof over their heads has economists worried.

“It’s sticky and harder to fix than some other strains,” Mayfield said.

While housing is a large component of the CPI, mortgage or rent payments are often a family’s largest monthly expense. Housing accounts for approximately one-third of the CPI and comprises about 40% of the core CPI.

While rising mortgage rates have cooled housing sales, a lack of supply has pushed prices to new highs.

“There is such a substantial and almost structural mismatch between supply and demand,” Mayfield said.

David Kebede, senior economist at the Credit Union National Association, said the long lag between when housing prices rise and when they are fully reflected in the CPI means housing could continue to weigh on headline and key inflation measures for a year or more. “It is difficult to estimate how high this peak is,” he said.

The jump in home prices has largely locked out many young adults and other buyers who lack existing home equity from buying a new home.

“There are quite a lot of people staying as renters longer than planned,” said Jeffrey Roach, chief economist at LPL Financial, adding that demand for rental homes is increasing.

Even though robust wage growth has helped offset some of the higher costs faced by American families, experts warn that inflation will last longer.

“I think there’s a little bit more pressure just based on the labor market,” Mayfield said.

“In the near term, I think the labor shortage will put a floor on how far inflation can fall,” Adams said.

He noted that the labor market had begun to show signs of fatigue, with early weekly jobless claims rising and reports of layoffs in some sectors.

“By next year, I expect labor shortages and wage pressures to lead to lower inflation than they are right now,” Adams said.