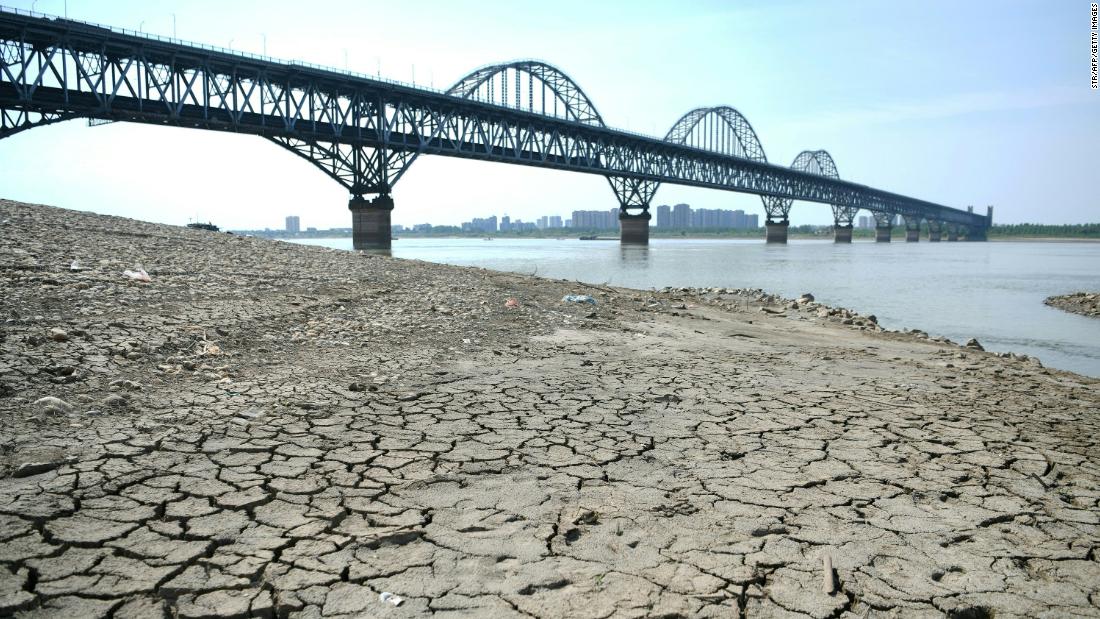 The “yellow” alert issued on Friday was the third highest on China’s four-level scale. This indicates that at least two provinces are facing drought-like conditions and more dry weather or drought is expected.

Temperatures in at least 244 cities across the country could rise above 40 degrees Celsius (104 degrees Fahrenheit), China’s meteorological agency said on Friday, while another 407 could see the mercury rise above 37 C (98 F). Forecasters expect the heat wave to continue for another week, but the next three days could see little rain and continued drought development.

As of Wednesday, about 830,000 people across six provinces had their water supplies affected by drought conditions, according to the Ministry of Water Resources. More than 300,000 people are experiencing temporary difficulties even accessing drinking water. It affects a significant number of people, but only a fraction of China’s population of 1.4 billion.

Provinces in southern and central China — especially along the Yangtze River, Jiangsu, Hubei and Sichuan — are the most affected. Local authorities are advised to conserve water supply for domestic purposes and reduce agricultural, commercial and industrial use. Officials are also trying to seed clouds for rain.

Drought has affected more than 2 million acres worth of farmland in six provinces, a Water Ministry official said on Wednesday.

Extreme heat has increased the demand for air-conditioning in offices and homes, putting pressure on the power grid. Drought has reduced river water levels, reducing the amount of electricity generated in hydroelectric plants.

Sichuan Province, home to 84 million people, has been reeling from extreme heat and drought since July. On Wednesday, Sichuan authorities ordered factories to close for six days to mitigate heat-related power shortages.

Experts worry that power rationing in a major manufacturing hub for semiconductors and solar panels could affect some of the world’s biggest electronics companies, including Intel and Foxconn.

Economists have warned that extreme temperatures could further drag down the world’s second-largest economy, which is already dealing with the effects of severe Covid-19 lockdowns and the real estate crisis. Both Goldman Sachs and financial services firm Nomura cut their forecasts for China’s GDP growth this year, partly citing the heat wave.

CNN’s Laura Hay and Joshua Berlinger contributed to this report