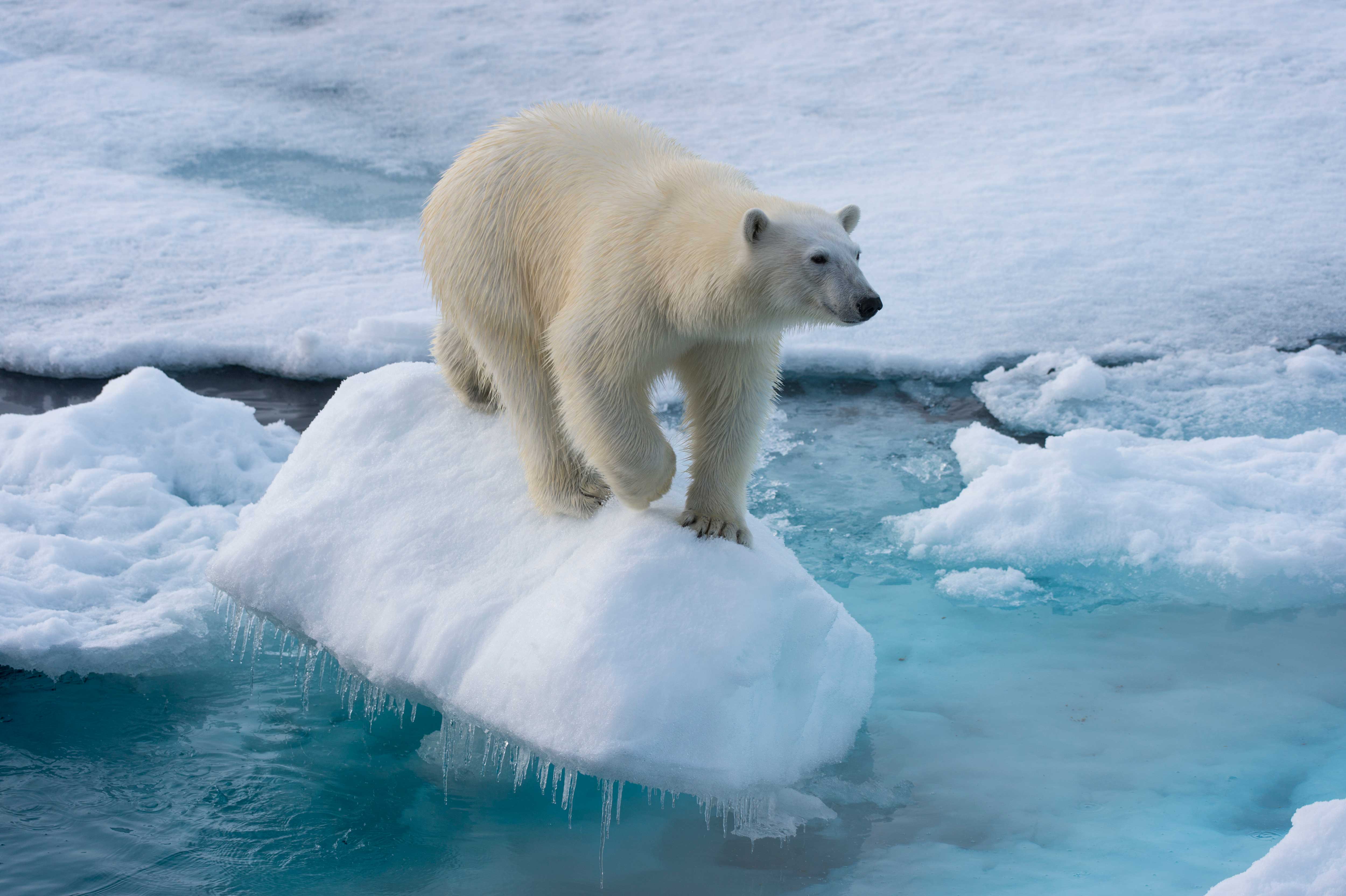 A polar bear attacked a camp on Norway’s remote Arctic islands of Svalbard on Monday, injuring a French tourist, but the injuries were not life-threatening, officials said. The bear was then killed.

The woman, who has not been identified, was part of a 25-person tour group camping in Svalbard in the central part of the Svalbard archipelago, more than 800 kilometers (500 miles) north of the Norwegian mainland. The camp is located across the fjord from Longyearbyen, the main settlement of the Arctic Svalbard archipelago.

Officers responded to news of the attack, which came shortly before 8:30 a.m., with Chief Superintendent Steen Olav Bredli flying there in a helicopter.

“The French woman was injured in the hand. A polar bear was shot at, which was spooked from the area,” he said. No further details about her injuries have been released. She was taken by helicopter to a hospital in Longyearbyen.

A polar bear roams the Arctic in Svalbard, Norway, where a French woman was attacked on Monday morning. Photo taken on July 20, 2015.
(Wolfgang Kehler/Lightrocket via Getty Images))

The Arctic archipelago’s main newspaper, Svalbardposten, said the victim was a woman in her 40s, and local hospital official Solveig Jacobsen said the woman was slightly injured.

Bredil later told Svalbardposten that the animal was “badly injured” and was put to sleep following a “professional assessment”. It is not clear how it was killed.

Svalbard has warnings about polar bears. Visitors who choose to sleep outdoors will receive stern warnings from authorities that people must carry firearms. At least five people have been killed by polar bears since the 1970s. The last time this happened was in 2020, when a 38-year-old Dutchman was killed.

In 2015, a polar bear dragged a Czech tourist out of his tent and patted his back before driving off with gunfire while he and others were camping north of Longyearbyen. The bear was later found and killed by the authorities.