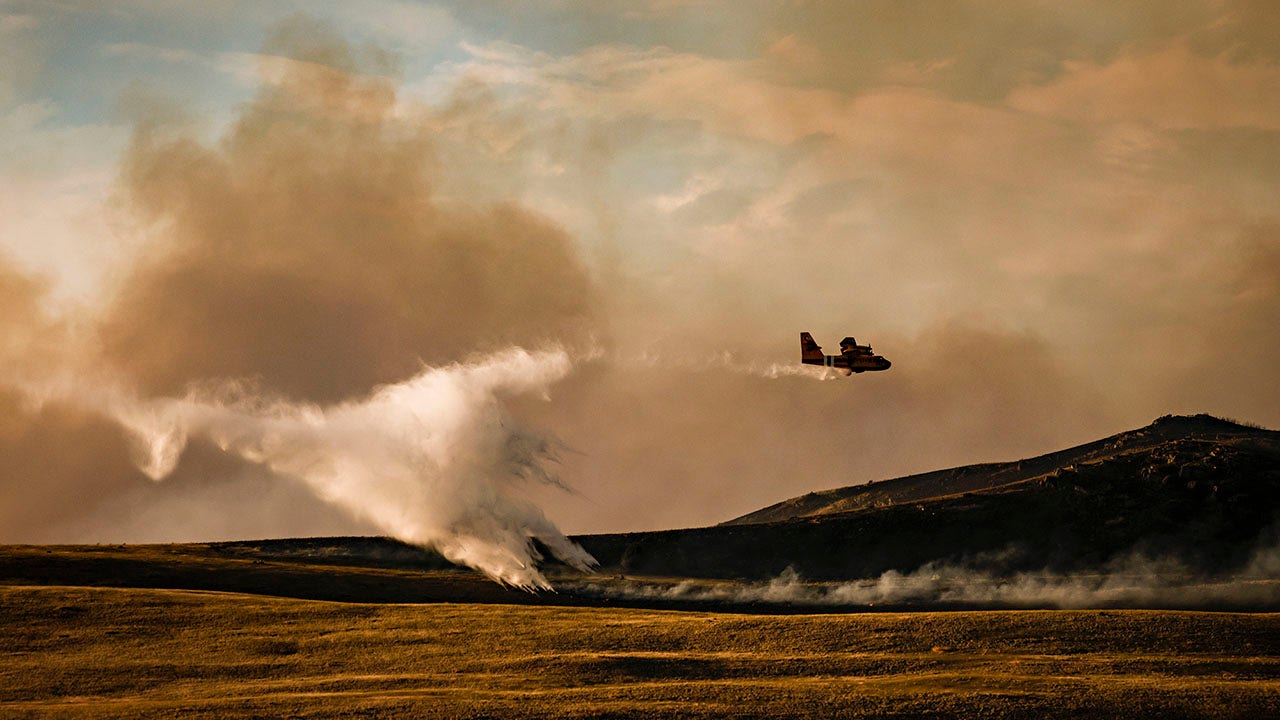 The Elmo Fire in northwestern Montana has burned tens of acres since it ignited late last month and was 55% contained by Monday morning, officials said.

The wildfire started on July 29 in the grass on the Flathead Indian Reservation. The fire exploded in size after advancing into the forest, with dry-dry conditions and strong winds helping the flames spread.

A total of 616 firemen are battling to control the blaze, which has spread over an area of ​​21,327 acres, fire officials said.

At least five homes and eight structures were destroyed in the fire, KPAX-TV reported.

Since the first blaze, the fire has forced the evacuation of about 150 residences west of Flathead Lake.

An airplane dumps water on the edge of the Elmo Fire burning on the western shore of Flathead Lake, Montana, on August 1. Officials said the wildfire was 55% contained by Monday morning.
(Hunter D’Antuno/Flathead Beacon via AP)

The cause of the fire is still under investigation.