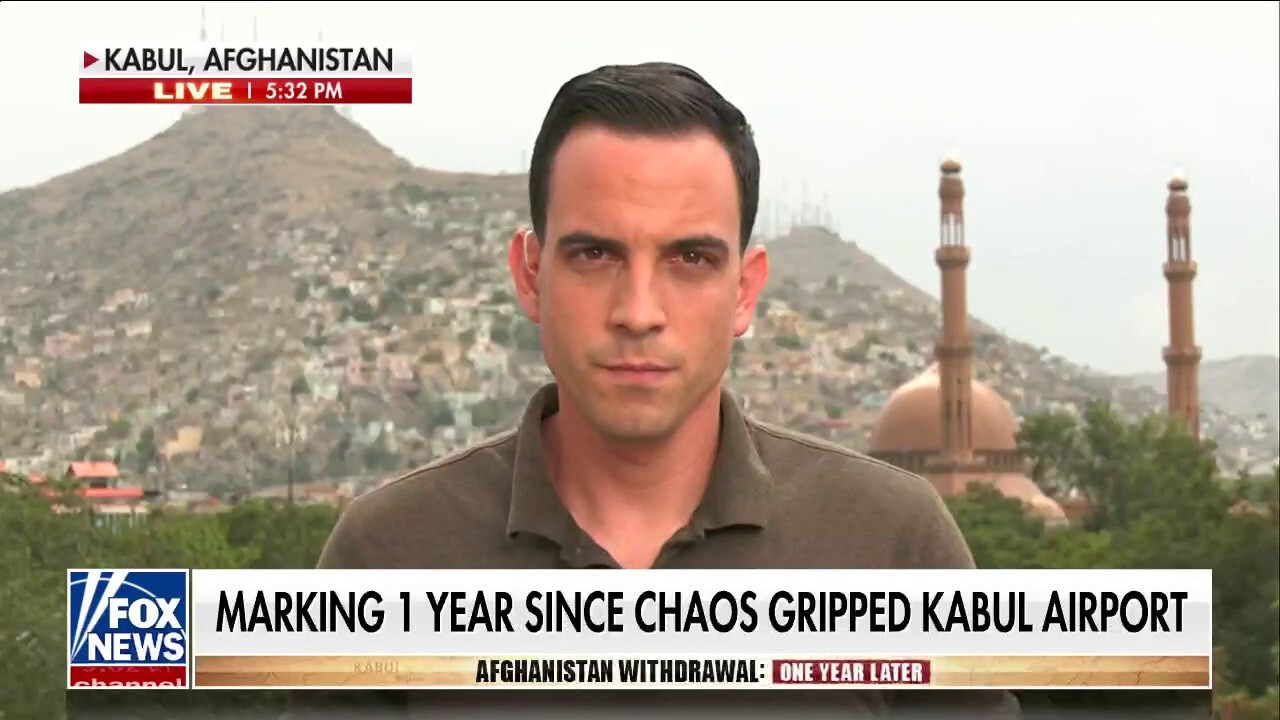 After the US withdrew all military forces in August 2021, tens of thousands of American allies remain trapped in Afghanistan, now ruled by the Taliban.

While the Biden administration hailed the withdrawal as the end of 20 years of war in the Middle East, a US ally spoke out against the “poorly managed” process.

Fox News’ Trey Yingst spoke with a former US embassy employee who has been on the run since repatriation. After working as a translator for USAID, he held a senior finance role in Kabul. Their identities are being withheld for their safety.

“It’s poorly managed,” said a former US embassy employee. “In particular, it has shown a lack of value and importance to life and work and the life we ​​have established.”

‘Save Our Allies’ co-founder: Afghanistan rescue ‘will take 140 years’ to complete at current pace

FILE – In this Aug. 26, 2021 file photo, a U.S. soldier holds a sign indicating the gate is closed as hundreds of people gather near an evacuation control checkpoint on the perimeter of Hamid Karzai International Airport in Kabul, Afghanistan. (AP Photo/Wally Sabawoon, File)

The man waited a year for the US State Department to approve his Special Immigrant Visa (SIV), a process he believes was largely unsuccessful.

Yingst reports that 15,000 SIVs have been issued since the Biden administration took office; However, 160,000 eligible Afghans are still awaiting processing.

The SIV process was launched in 2006 and allowed 50 visas to be issued to Iraqi and Afghan translators each year. In the wake of the US withdrawal, more than 76,000 Afghans have been brought to the US

The Biden administration announced changes to the SIV program in July in an effort to “simplify and streamline” the application process, according to Secretary of State Blinken and DHS Secretary Mayorkas.

“The United States continues to demonstrate its commitment to the thousands of brave Afghans who have stood side by side with us over the past two decades,” he said in a statement.

The National Security Council reportedly told Yingst that it was committed to helping American allies left behind in Afghanistan, but living under Taliban rule was unsafe, a former embassy employee said.

He said it was life threatening. “It’s basically death.”

Amy Nelson is a producer for Fox News Digital.