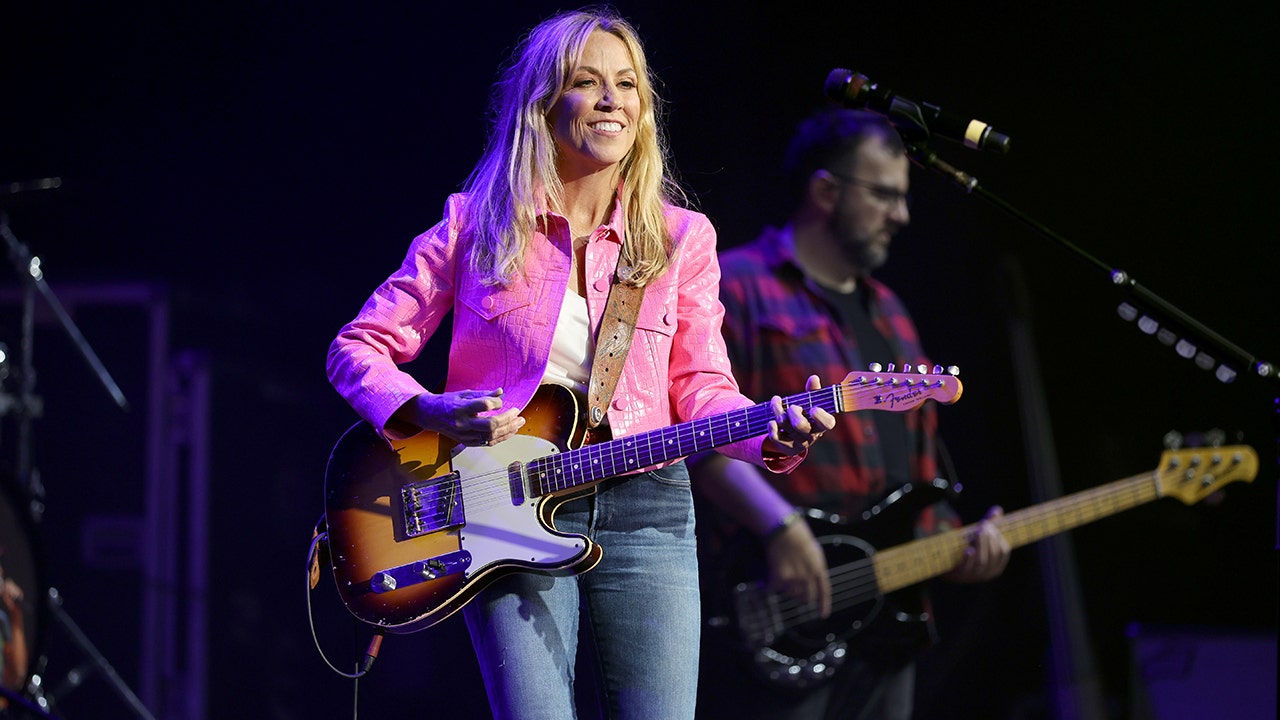 Sheryl Crow opens up about filming her documentary “Sheryl” and reliving her darkest moments.

The documentary chronicles Kaage’s rise to fame, starting from when she was a little girl, the challenges she faced early in her career, and all the ups and downs she went through in her personal life and in her career.

During an appearance on “The Today Show,” Crowe revealed what experiences were difficult for her to revisit while filming the documentary.

“There’s a lot of stuff in there that I’ve never talked about,” Crow said. “There have been a few deaths along the way that have really affected me, definitely John O’Brien’s death on ‘Leaving Las Vegas.’ .”

Sheryl Crow says her documentary has a lot of experiences she’s never talked about publicly, and calls the filming process liberating.
(Getty Images)

Although finally feeling liberated to tell her story, Crowe admits to being nervous during the process and even more so now that the documentary is out and people have seen it. She noted, “It was a terrible king … throwing everything out” and that the people knew “all the good things and all the heavy things.”

Crowe explained that many of her popular songs give the impression that her music is always upbeat and happy, making her life seem like it will always be the same. However, the songs about his struggles tell the true story of his life and he believes the audience can relate, they feel something after listening to them.

“People think you have ‘All I Wanna Do’ and ‘Everyday Is a Winding Road’ and you’re upbeat and you’re happy all the time and ‘Sook Up the Sun,’ but ultimately, it’s your deep cuts that tell the story,” Kage explained. .

While her upbeat songs are more popular, Crowe believes her slower songs resonate more with fans and tell a darker story that better tells her life story.
(Photo by Jim Spellman/Getty Images)

Crowe’s documentary covers her battle with breast cancer, her relationship with Lance Armstrong during his scandal, as well as her other high-profile relationships, her struggle with depression and her time touring with Michael Jackson.

Although there is some focus on the tough moments in her life, the documentary also includes some happy moments in her life and includes her sons. Crowe has two sons, Wyatt Steven Crowe, 15, and Levi James Crowe, 12, who were adopted in 2007 and 2010, respectively.

Crowe explained that she is usually very strict with her children and exposure to the public, not allowing them to have a presence on social media, but being in a documentary inspired her to write her new song “Forever.” ,” which appears at the end of the film.

Crow usually keeps her children out of the public eye, but the two appeared in her documentary and inspired Crow to write the song that is played at the end of the film.
(Photo by Taylor Hill/Getty Images)

“They’re living through an epidemic, they’re worried about their planet, they’re worried about going to school and not being safe with guns and all that, and I didn’t have that pressure,” Crowe explained. “This song is really about reminding us that every moment is a gift and we should stay in the moment. Don’t get distracted by the phone between you and your loved ones and make the most of every moment. I wrote it. For them.”

The documentary “Sheryl” is available to stream on Showtime.