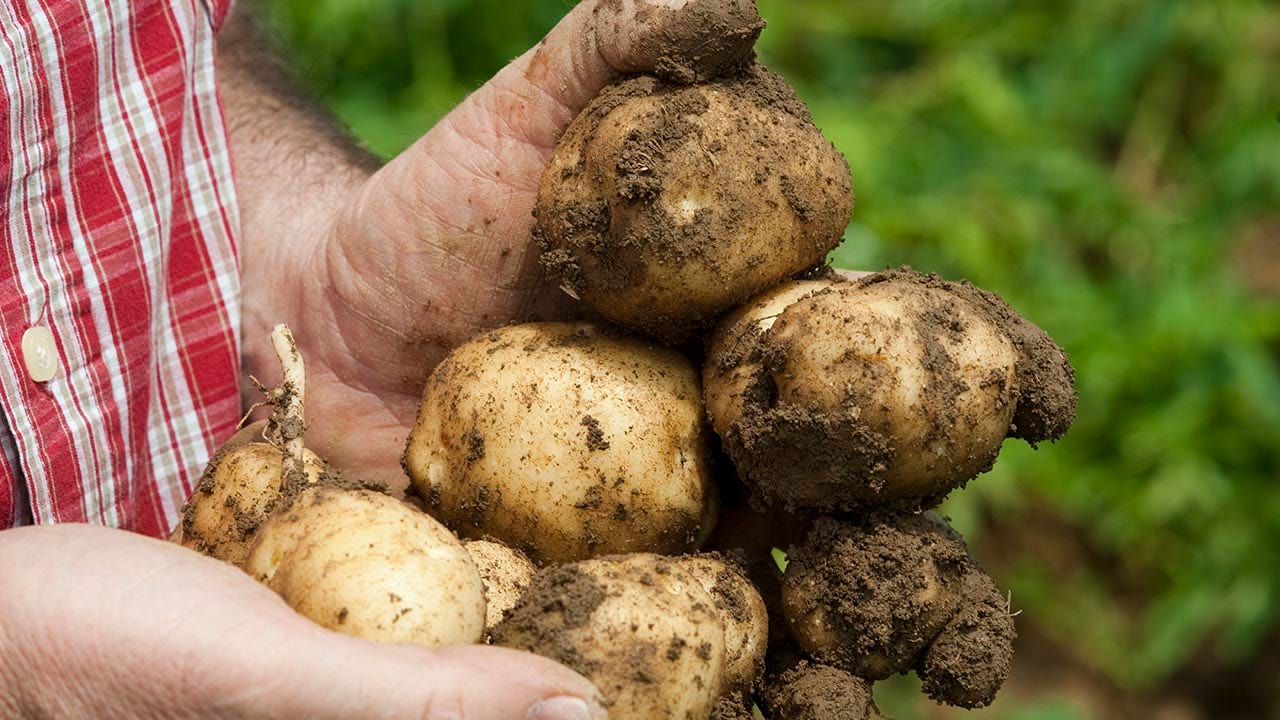 It’s time to dig in your potatoes! Or so you think.

According to garden columnist Jessica Damiano, there’s a fine line when it comes to completing your potato harvest.

Experts wrote in an Associated Press piece that our senses can’t help us — along with other vegetables and fruits — when it comes to figuring out whether potatoes are good to go or not.

Fruit or vegetable? Take this quiz to test your healthy eating knowledge

Pulling potatoes too early can leave the plant’s parents with dense tubers — and put the plant’s root system at risk of permanent stress, he pointed out.

Meanwhile, if you wait too long your potatoes can get frost damage — and start to split, sprout or rot underground, Damiano said.

Horticulturist and host of the Magnolia Workshops course “Starting a Home Garden,” Kevin Espiritu told Fox News Digital this week that most spring-planted potatoes should be ready for harvest between July and October.

He explained that harvest time depends largely on region, as hotter southern states may harvest in the off-season from January to July, while California may grow two separate crops.

Gardening 101: Grow your own food as inflation remains at historic highs

Northeast regions have typical harvest dates from August to early October, while Northwest states can see early harvests in July due to early planting.

To find the harvesting “sweet spot,” Damiano shared that the first step is to examine the part of the plant above the ground.

When at least half of the leaves turn yellow — which happens between 60 and 120 days after planting, depending on the potato type and climate — stop watering.

Espirit directs gardeners to slow down their watering once the plants flower. This allows the tubers to harden and then improve storage life.

An optional next step, especially in wet weather, is to cut the plants back to soil level, Damiano said, to aid tuber maturation.

Regardless, potatoes are ready to harvest two weeks after watering is withdrawn or the plant dies completely.

Fingerling potatoes are shown in Washington, DC
(Deb Lindsey for The Washington Post via Getty Images)

If you’re still unsure about timing, Damiano suggests testing your potatoes for readiness by digging next to a specimen plant and pulling the potato from the outer part of the root system.

Rub the potato with your finger: if the skin is intact, it is ripe.

If the skin rubs off, your potatoes need a little more time.

Refill the hole and give it another week before checking again.

When it’s finally time to find your spuds, Damiano suggests using a digging or spading fork instead of a spade or shovel to prevent accidental potato punctures.

Insert the tool of your choice six to 12 inches from the perimeter of the plant and begin digging, rocking back and forth to lift the roots.

Some large sweet potatoes are harvested for the winter on October 13, 2017.
(Reading Eagle via Lauren A. Little/Media News Group/Getty Images)

Work your way around each plant in a circle as you continue to pull up and dislodge the potatoes.

Sift through the soil after pulling each plant to make sure no potatoes remain.

State Flower Quiz! Can you match these beautiful flowers with their correct states?

Although some potatoes can be eaten right away, most potatoes need some time to harden, thicken and cure their skin.

To extend shelf life, Damiano advises gardeners to place potatoes in newspaper or cardboard and store them in a dark, cool room to cure for two weeks.

Storing your potatoes in a cool, dark place like a basement will give them six to eight months of shelf life, Damiano said.

Avoid refrigeration and use potatoes that are bruised or damaged first, as they will not last as well.

If you are growing new potatoes, they can be harvested in season after the plants begin to flower and before the vines look wilted.

True new potatoes are young, thin-skinned tubers that don’t cure or store well, so they should be eaten immediately, Damiano said.

The Associated Press contributed reporting to this piece.