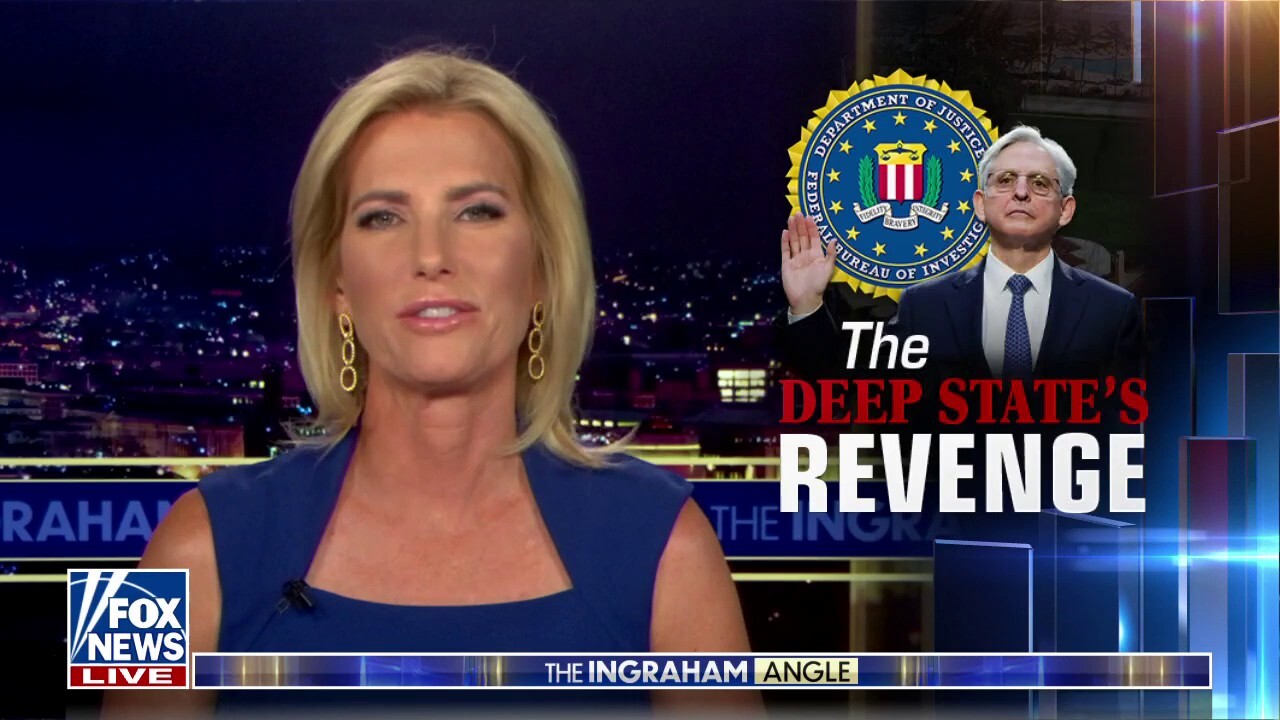 Laura Ingraham discusses the FBI raid on Trump’s Florida home and what this overreach means for Americans in ‘The Ingraham Angle’.

Laura Ingram discusses how the real target of the FBI raid on former President Trump’s home was anyone standing up to the D.C. establishment in “The Ingram Angle.”

Laura Ingraham: Well, the search warrant served at Mar-a-Lago this morning had Donald Trump’s name on it. But the real target of this investigation is not Trump. The real goal This investigation You or anyone who dares to call out and take on the rank corruption of the DC establishment. This is deep state revenge.

They are trying to show us all that if we fight them we will be destroyed. If so We question Repeated failures of Pentagon leadership. I’m talking about serious moves to disrupt the status quo in Washington if we do. You know how it is to protect the powerful until the game is over. For decades now. They got away with selling us out by letting 20 million illegals flood across our borders. They sold us out by sending our manufacturing jobs to China.

They sold us out by wasting trillions on stupid wars in the Middle East. And now they are selling us in Ukraine for billions, billions in vain. Our own general’s incompetence killed 13 of our service members in Afghanistan less than a year later. And think about this tonight. However, no one has been fired. Do you think Trump will ever tolerate any of this? And he knows that if he gets back into power, he will hold all the right people accountable for what he did.