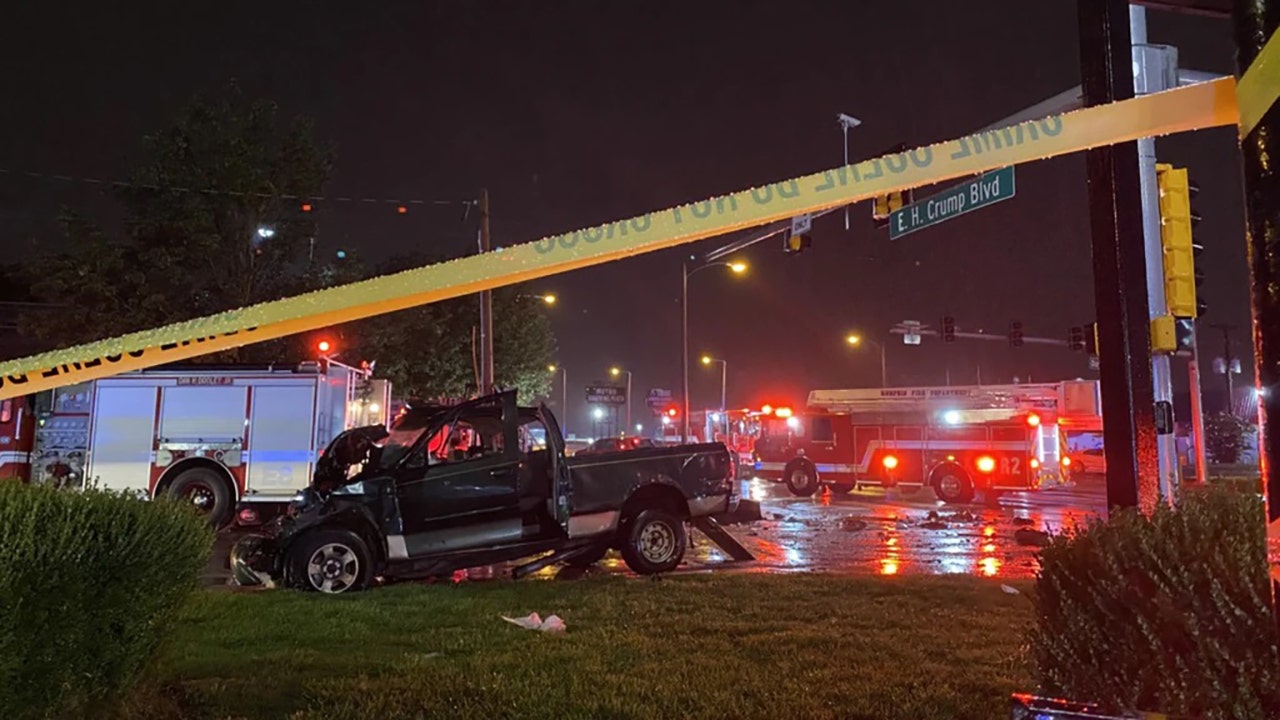 Four Memphis firefighters were transported to the hospital in critical condition Wednesday night after a vehicle crash, according to the Memphis Police Department.

At approximately 8:19 p.m., four firefighters and a man in the other vehicle were critically injured when a pickup truck collided with a fire engine on the city’s south side.

Photos of the accident show that the front of the truck is completely smashed and all its windows are broken.

Four Memphis firefighters are in critical condition after an accident on August 10, 2022.
(WHBQ)