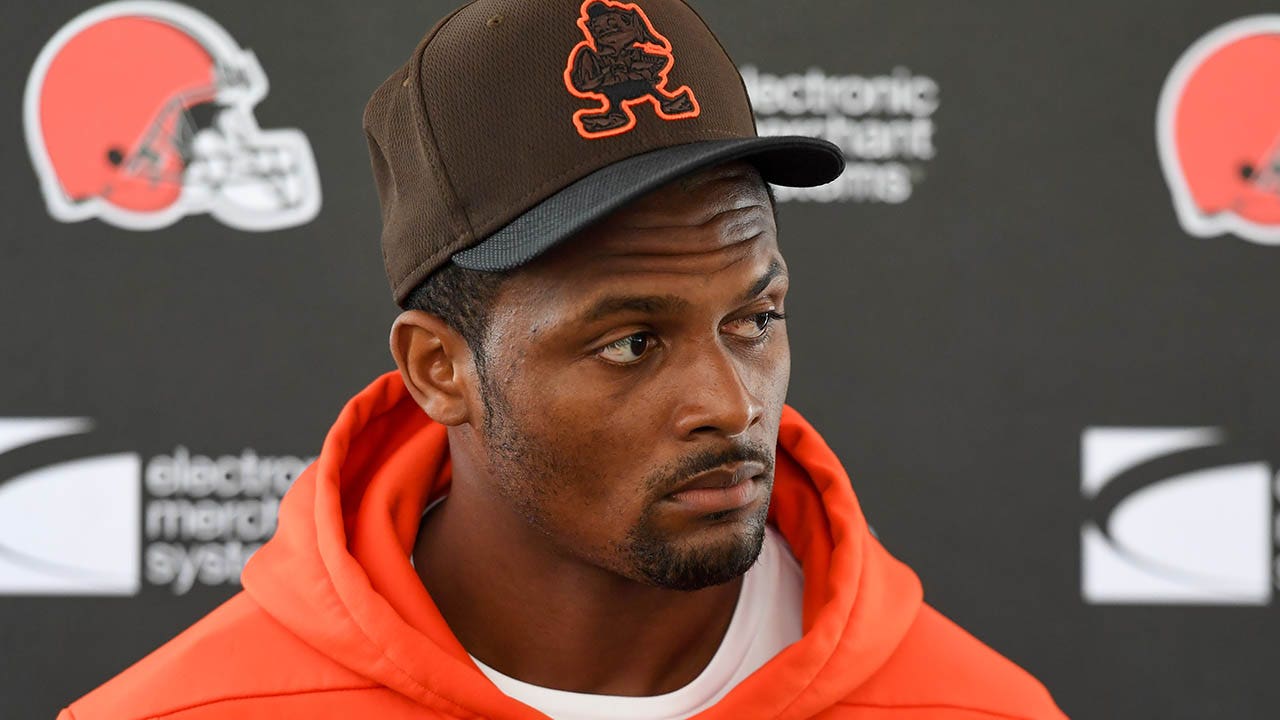 The Cleveland Browns star’s discipline was extended after the NFL and the NFL Players Association reached an agreement. He initially received a six-game suspension but the NFL appealed.

Watson will have to pay a $5 million fine and “undergo a professional evaluation by a behavioral specialist and follow his treatment program.”

Watson commented on the suspension in a statement through the team.

“I am grateful that the disciplinary process is over and I appreciate the tremendous support I have received during my short time with the Browns organization. I apologize again for any pain this situation has caused,” Watson said.

“I take responsibility for the decisions I’ve made. My focus going forward is working to be the best version of myself on and off the field and supporting my teammates when I’m away from the team. What I’m excited about is the future for me in Cleveland.”

Cleveland Browns’ Deshaun Watson takes questions during a press conference before a joint practice with the Philadelphia Eagles on August 18, 2022 in Berea, Ohio.
(Nick Camet/Getty Images)

Browns team owners Jimmy and Dee Haslam released a statement on the decision.

“As we’ve previously stated, DeShawn and his representatives are committed to the NFL and NFLPA formation pending a final decision, and we respect the process,” he said. “Now that a disciplinary decision has been reached, we understand that this is a real opportunity to create meaningful change, and we are committed to investing in programs that educate our youth in Northeast Ohio about awareness, understanding and, most importantly, prevention of sexual misconduct and the many underlying causes of such behavior. Since Deshan entered our building, he has been an outstanding member of our organization and has shown a true dedication to working for himself on and off the field. We will continue to support him as he continues to focus on earning the trust of our community.”

“Deshaun is committed to putting in the hard work necessary to return to the NFL,” he said. “This settlement requires a professional evaluation and treatment plan, a significant fine, and a more substantial suspension of compliance. We are grateful to Judge Robinson and Peter Harvey for their efforts in resolving these matters, which laid the foundation for reaching this conclusion.”

Watson returns in Week 13 against the Houston Texans. Jacoby Brissett is expected to be the starting quarterback until then.