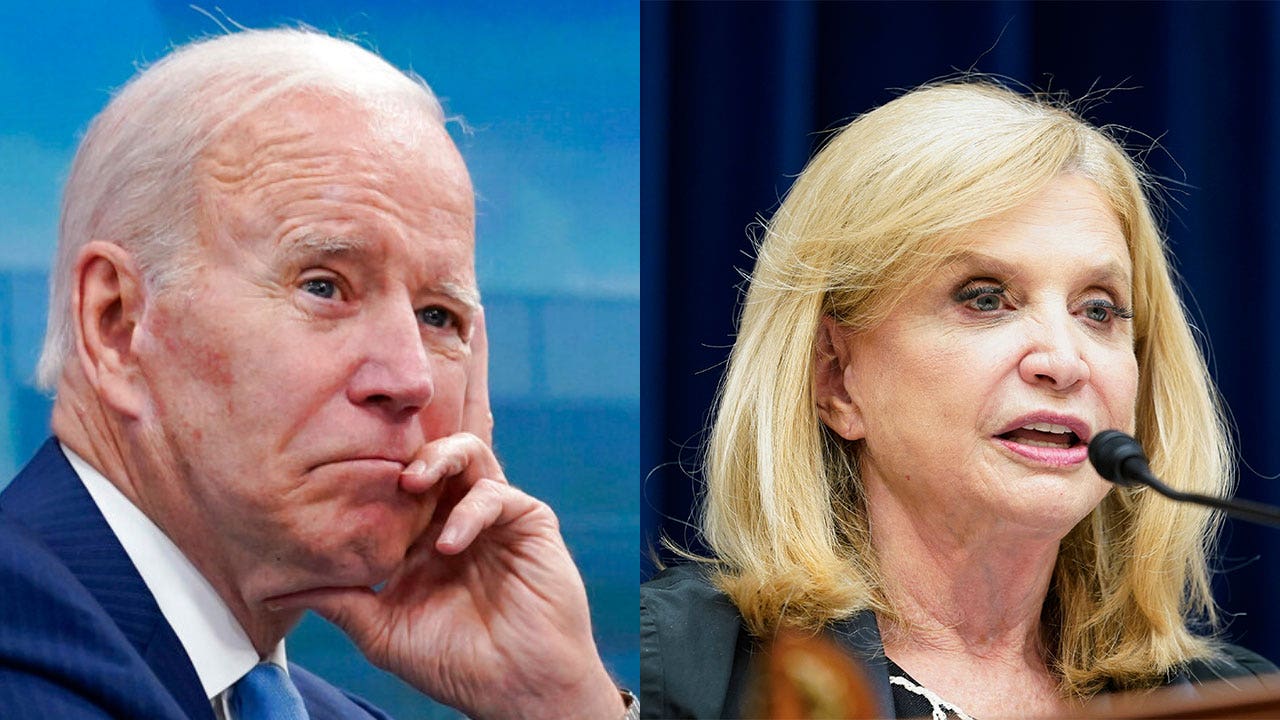 Rep. Carolyn Maloney, DN.Y, told The New York Times earlier this month that President Biden is not running for the White House again, saying she mistakenly believed what she was saying was “off the record.”

The longtime congresswoman, who has made headlines with her rambling remarks about whether Biden is seeking re-election, was in the middle of a lightning round with the Times editorial board when asked by Eleanor Randolph if Biden should run again.

“Off the record, he’s not running again,” Maloney said.

However, editorial board member Jyoti Thottam said that they are on record.

“On the record? No, he shouldn’t run again,” Maloney said.

When reporting, interview subjects can request to be off the record, meaning that what they say will not be reported publicly, but reporters usually must agree to those terms in advance if the subject wants to honor those wishes. Reporters honor “off the record” requests by interview subjects to build trust with sources and learn valuable information they can check elsewhere. It is generally established that both parties should be clear about what is off the record, or that the subject of the interview may be fair game for reporting.

Left-leaning Washington Post columnist Jennifer Rubin memorably blundered on that front last year, when she fired off a scathing email in response to questions from Politico and labeled it “off the record.” However, Politico noted that she had made no such agreement with Rubin when she sent her message and published her reply in full, embarrassing the columnist known for his enthusiastic support of the Biden White House.

While that Times interview was posted Saturday but was conducted Aug. 1, Maloney had an awkward moment on CNN when he apologized directly to camera on “New Day” for thinking Biden wouldn’t run again. She reiterated that she believed he would not seek a second term, but said that if he did, she would support him “100%.”

“President, I apologize. I want you to run. I hope you don’t, but when you do or if you do, I will be there 100%. You deserve it. You are great, President, and thank you for everything you have done for my state and all the states and all the cities of America.” . Thank you, Mr. President,” he said.

Fox News Digital has reached out to Maloney’s office for comment.

Polls earlier this year showed that most Democrats do not want Biden, who turns 80 in November and is already the oldest president, to run in 2024. Although the White House has widely promoted the latest legislation, his approval rating is generally low. Democrats passed the climate and health bills as evidence of his administration’s momentum.

At another point in the Times interview, editorial board member Mara Gay asked Maloney what the average age was in the House of Representatives; She guessed 40, but Gay informed her it was 58. Maloney, 76, has served in Congress since 1993, but he spent his political career as Rep. Gerald Nadler is fighting DNY in an unusual member-versus-member primary. , after a new map forced him to run for New York’s 12th Congressional District.

The Times, whose editorial board leans hard to the left, endorsed Nadler over Maloney in his primary.