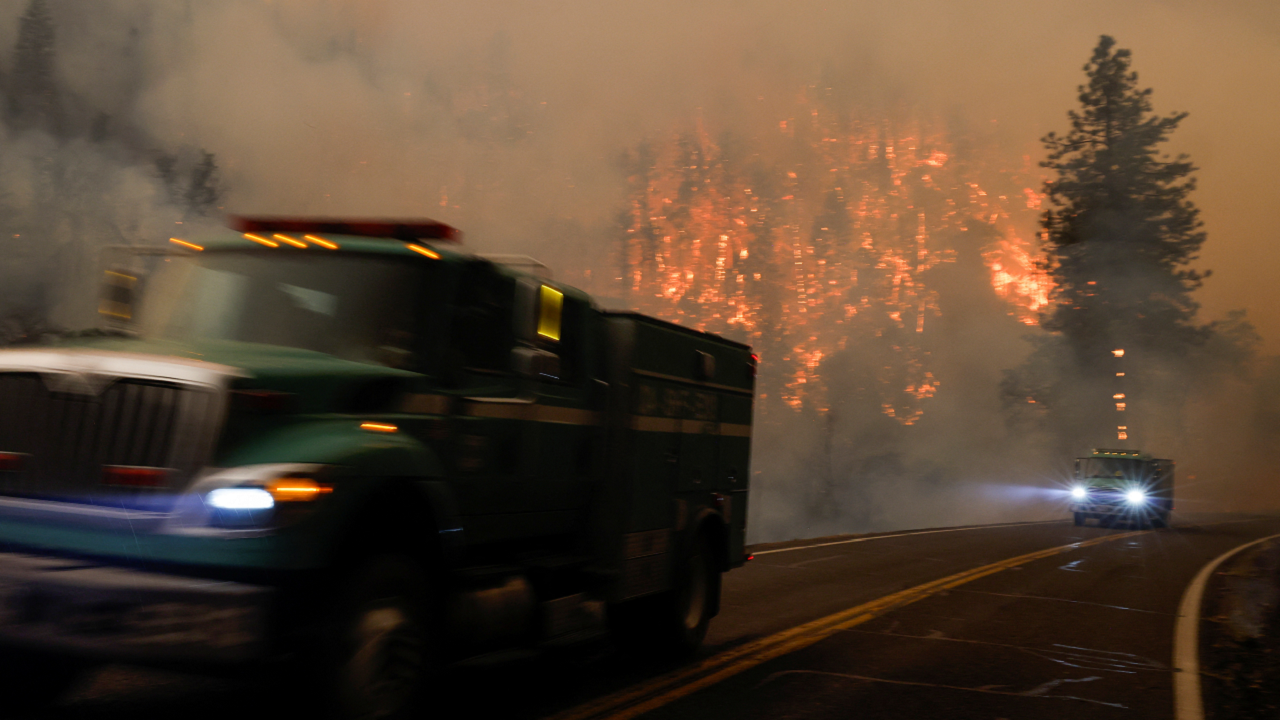 A crew of firefighters from Delaware headed to California to battle the McKinney fire.

A team of 20 wildland firefighters left Blackbird Forest Base Camp in Smyrna on Tuesday, WDEL-FM reported.

The team has a long road trip ahead of them, said Kyle Hoyd with the Delaware Forest Service.

A California Forest Service employee was killed in the McKinney fire

“We’re going to be up and running with maybe a 21-day deployment time,” Hoyd said. “So it’s 14 working days and the rest is drive time.”

The McKinney fire, which broke out on July 29, has consumed about 60,000 acres, according to CalFire.

The McKinney Fire burns near Yreka, California on July 30, 2022. Delaware firefighters are coming to California to put out fires that have been burning for weeks.
(REUTERS/Fred Greaves)

The Delaware team is cross-trained for several roles.

“We can do everything from doing back burns to cutting down trees for burnout operations,” Hoyd said. “I think this crew, perhaps more than any other, is a whole load of what we refer to as fellers, they’re people who physically cut down trees.”