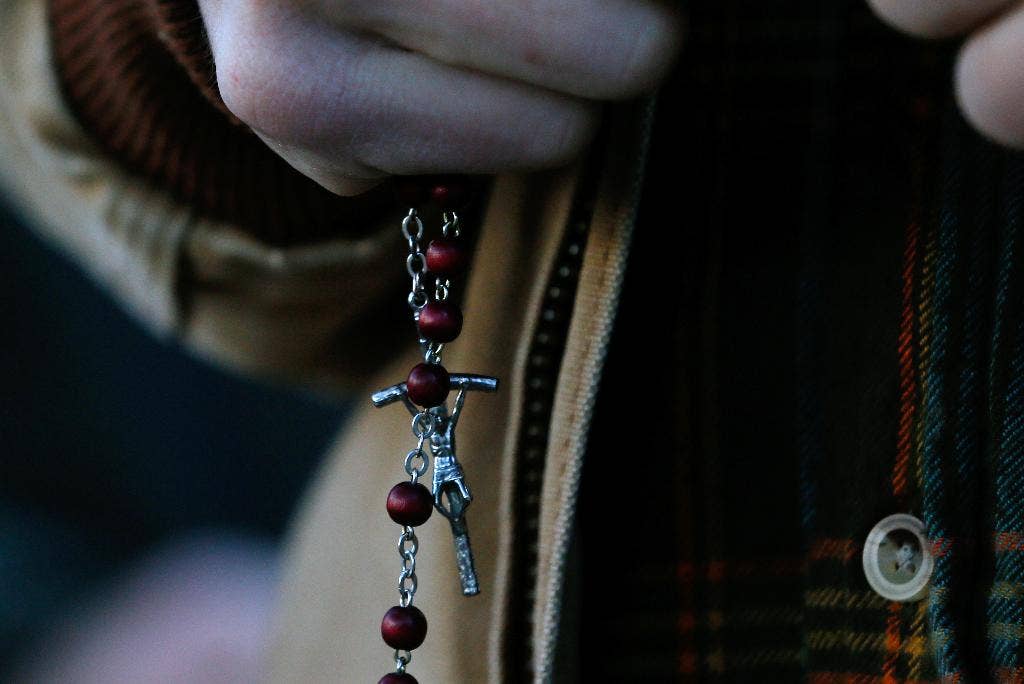 Bishop Robert Barron on Wednesday slammed a recent article in the Atlantic as “offensive,” warning that America’s newly awakened religion is resurgent in anti-Catholic bigotry.

Catholic theologian and author Bishop Barron has commented on his popular YouTube channel about a “largely idiotic article that appeared in The Atlantic Magazine. Daniel Panneton’s Atlantic piece warns that Catholic prayer beads, known as rosaries, have become a “radical symbol” and that Catholics are “a growing uncertainty of Christian nationalism.” .

Bishop acknowledged that “some freaks on the far right associate their rosaries with their rifles and all this,” adding that, ultimately, the article had gone too far. “What’s so offensive about the article is that the rosary is caught up in a kind of mindless extremism that Catholics pray anyway,” he said.

He said in the article, “They use the imagery and language of spiritual warfare, but we know what that means. Spiritual warfare has nothing to do with guns and knives, you know, it has to do with prayer and fasting and giving alms and using spiritual weapons against dark forces, both visible and invisible. “

The bishop warned again that religion is something beyond traditional politics, saying that Catholic prayer through the rosary “has nothing to do with extremist extremism, right-wing or left-wing, so in my opinion, the whole premise is just ridiculous.”

FILE PHOTO: The west facade of Washington’s National Cathedral is photographed from the damaged main tower after an earthquake on August 24, 2011.
(REUTERS/Jason Reid/File Photo)

He explained how as America changed religiously, that old bigotry remained. “What I find interesting today is that now under the guise of Wake-ism, we are now resurrecting this old, tired anti-Catholicism,” he said.

Bishop Barron finally wished the Atlantic’s writers well, urging followers to pray for them, “and perhaps I would also recommend. [sic] Get your rosaries and say a prayer for the authors and the editors of The Atlantic.”

Pope Francis, the current leader of the Roman Catholic Church, waves to a crowd in St. Peter’s Square.
(REUTERS/Max Rossi)

He pointed out that there is a silver lining to the ordeal, however, saying, “One good thing I discovered in the wake of this article—apparently the rosaries are flying off the shelves, so that’s good, so get out your rosary and pray these people, God bless you.

Alexander Hall is an associate editor for Fox News Digital. Story suggestions can be sent to [email protected]