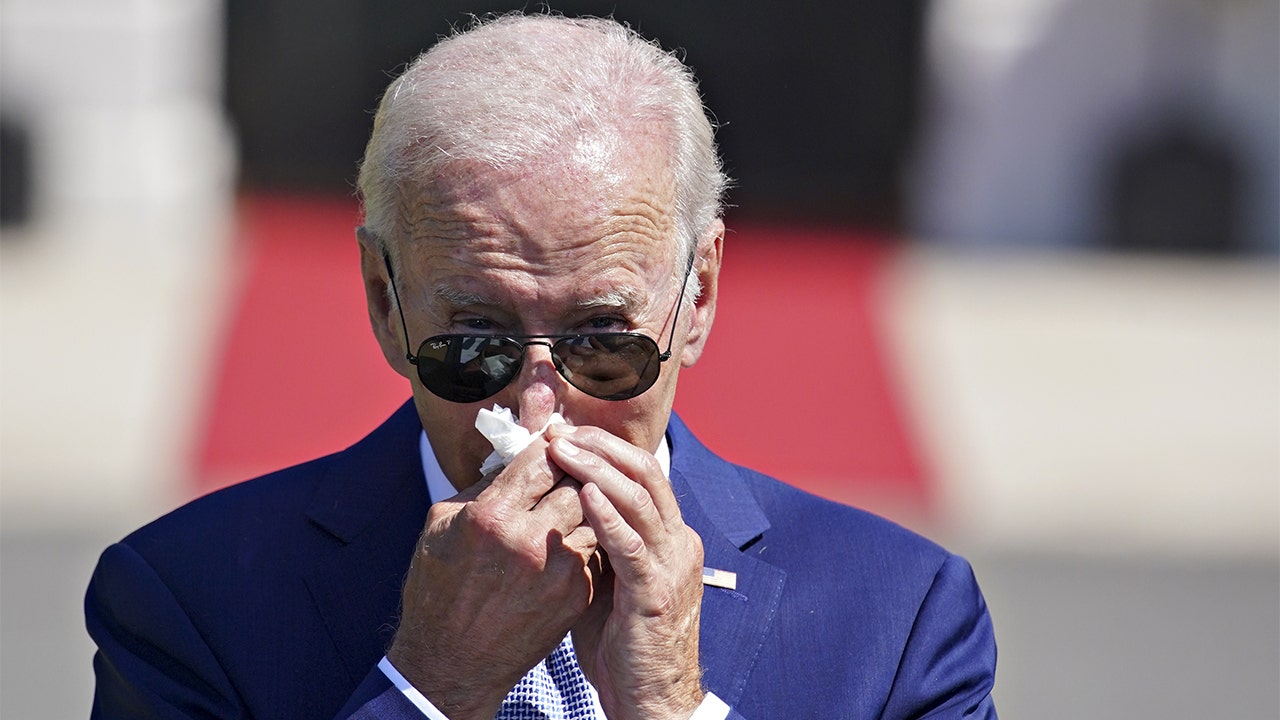 President Joe Biden had to apologize to his audience for coughing repeatedly through his speech signing the CHIPS legislation on Tuesday.

Biden could barely utter a sentence without stopping to cough for minutes. Despite coughing and blowing Biden’s nose, attendees still gathered around his table for photos and shook hands with him after the speech.

Biden tested negative for COVID-19 for the second day in a row on Sunday.

“This investment alone is going to create 40,000 jobs,” Biden said through his speech before pausing to cough again. “Excuse me excuse me… I’ll take another sip of water.”

President Joe Biden drinks a glass of water during a speech.

President Biden uses a tissue before signing HR 4346, the CHIPS and SCIENCE Act of 2022, during a ceremony on the South Lawn of the White House in Washington, DC, Tuesday, August 9, 2022.
(Al Drago/Bloomberg via Getty Images)

Biden experienced moderate symptoms during the initial bout with COVID-19 in July. White House physician Kevin O’Connor said he suffered from body aches, a sore throat and other symptoms.

However, the president had a relapsed case within days of the negative test. His symptoms were less severe, but he vowed to remain in self-isolation until he tested negative for two consecutive days. He did so on Sunday.

Biden addressed the nation via video from the White House balcony during his isolation and did not appear to be suffering from a cough.