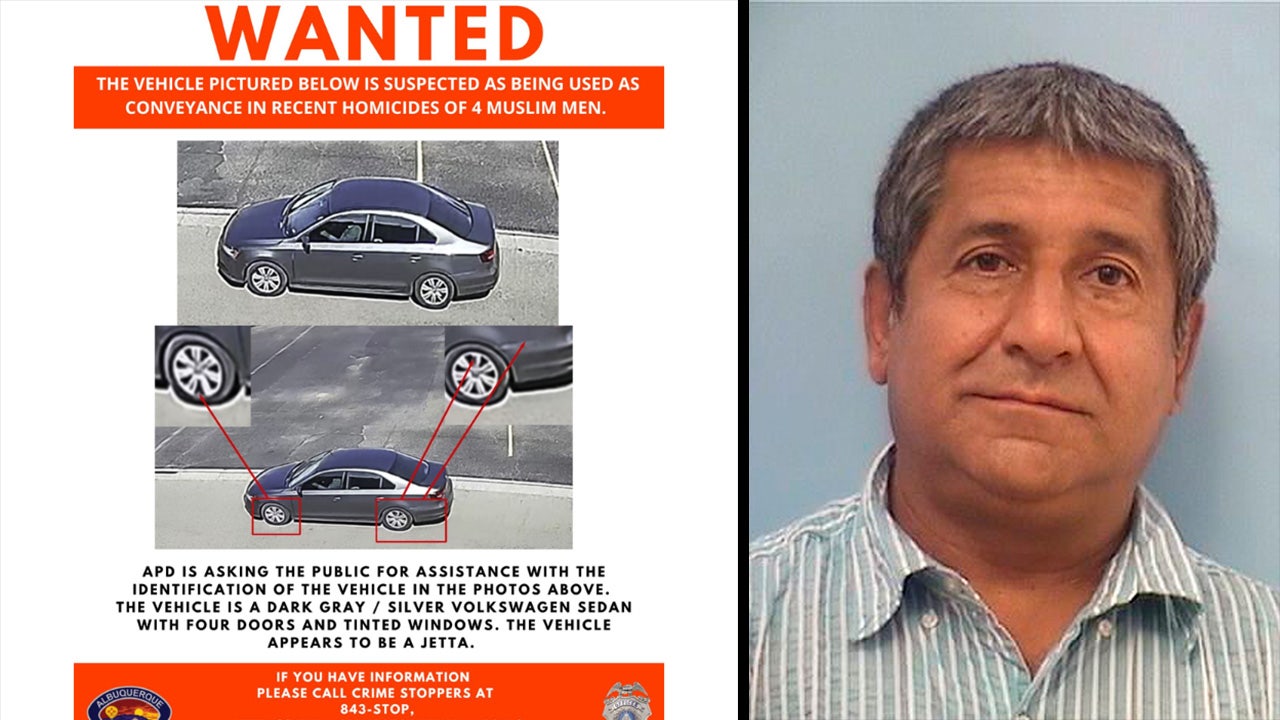 A New Mexico man is accused of killing two Muslim victims and is suspected of fatally shooting two others, according to authorities and documents released Wednesday.

Police took 51-year-old Muhammad Syed into custody during a traffic stop in Santa Rosa, New Mexico, 30 minutes before midnight Wednesday. Police were preparing to execute a search warrant on him in Albuquerque when they saw him drive home in his gray Volkswagen Jetta. They stopped him about 100 miles away, traveling east on Interstate 40, police records show.

Just hours earlier, Syed had told someone, “I was driving to Houston.” [Texas] “to find a new place for his family to live because the situation in Albuquerque is bad,” according to the criminal complaint provided to Fox News Digital on Wednesday.

“Muhammad later referred to the shooting of Muslims on the news,” the complaint said. “Muhammad took with him: clothes, shoes and a pistol or handgun.”

Syed has been charged with two murders, but police identified him as a “most likely” suspect in connection with the other murders. With the help of an interpreter, he “denied any involvement in the murders in this case,” the criminal complaint alleges.

Police are still working to determine if the killings will eventually be classified as hate crimes. Records did not list an attorney for Syed as of early Wednesday.

Syed, a Sunni Muslim, had moved to the US from Afghanistan five years ago, police said. He has a history of three misdemeanor domestic violence arrests, police officials said, but the charges were later dismissed.

According to The Associated Press, Syed, his son and his wife once pulled Syed’s daughter’s then-boyfriend out of the vehicle and began punching and kicking him. The man reportedly suffered bruises and a bloody nose and told police the family did not want him to date the woman.

At a press conference Tuesday, when asked about theories that the alleged murders were related to Syed’s anger over his daughter’s decision to marry a Shia Muslim man, Deputy Police Cmdr. “The motives are still being fully explored to understand what they are,” Kyle Hartsock told reporters.

“We have some information about those events going on, but we’re not really clear if that’s a real motive or if it’s part of a motive or if there’s a bigger picture that we’re missing,” Hartstock said.

Detectives “unearthed evidence indicating that the offender knew the victims to some extent and may have been the cause of the mutual conflict,” police said. to shooting.”

A total of four men — all South Asian Muslims — have been shot dead in Albuquerque since November 2021.

The most recent killing occurred Friday evening, when Naeem Hussain of Pakistan was found fatally wounded in the area of ​​Truman Street and Grand Avenue.

Altaf Hussain weeps at the grave of his brother Aftab Hussain at Fairview Memorial Park in Albuquerque, NM on Friday, August 5, 2022.
(The Albuquerque Journal via Chauncey Bush/AP)

And before that, on July 26, 2022, 41-year-old Aftab Hussain was fatally injured. ShotSpotter activation resulted in 13 shots being fired through additional rounds in the area of ​​417 Rhode Island Street, police records show. There, officers found Aftab Hussain “lying next to a silver Hyundai sedan,” with multiple apparent gunshot wounds.

Several months before that, on Nov. 7, 2021, 62-year-old Mohammad Ahmadi was shot and killed in the parking lot behind a halal cafe he owned with his brother on San Mateo Boulevard, city officials and a local affiliate said. KRQE-TV.

According to the criminal complaint, Syed told investigators that he had “known Naeem Hussain since 2016 and recognized Aftab Hussain from community parties.” So far, Syed has only been charged in the deaths of Muhammad Afzal Hussain and Aftab Hussain.

Muhammad Afzal Hussain was the director of planning and land use for the city of Española. According to the mayor, Tuesday would have been his one-year anniversary in office.
(City of Espanola)

Police are offering a hefty reward for information leading to their suspect and said they have received more than 200 tips related to the manhunt.

According to the criminal complaint, police and FBI lead investigators received “multiple tips” for Syed, many of which said he drove a gray Volkswagen sedan or “said Muhammad was the shooter in the killings of Muslim men in Albuquerque.”

Police said the tip that led to Syed’s arrest came from the Muslim community after pictures of the car were released to the public on Sunday.

The police also interrogated Syed’s sons, but later released them.

Stephanie Pagones is a digital reporter for FOX Business and Fox News. Story tips can be sent to [email protected] and on Twitter: @steph_pagones.