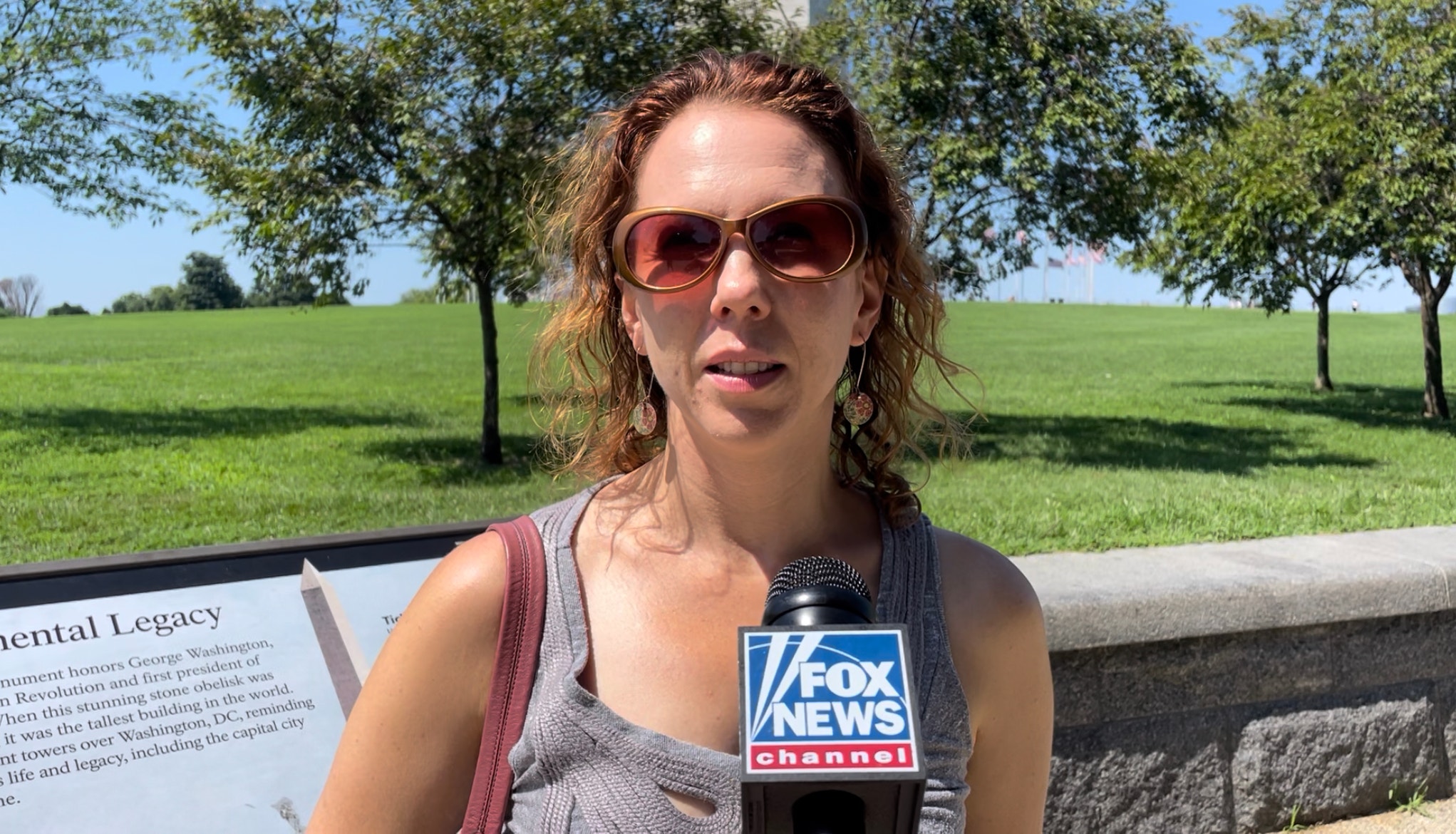 People in New York and DC weighed in on the FBI raid at former President Trump’s Mar-a-Lago home, with some calling it foul play and others celebrating the search.

“It’s 100% selective justice,” one New Yorker told Fox News. “If it were any other way someone would be crucified.”

But Raymond, from D.C., said he was “glad” that Trump’s home had been raided.

A police officer speaks with a woman outside Donald Trump’s Mar-a-Lago home after the former president said he was raided by FBI agents.
(REUTERS/Marco Bello)

The FBI searched Trump’s home Monday night for documents taken from the White House, including classified material, according to sources familiar with the investigation. The former president, at the time of the raid, said his resort was “under siege” and called it “prosecutorial misconduct”.

New York and D.C. residents who spoke to Fox News were split on whether they support Trump or the FBI.

“I think it’s absurd,” said Frank, from New York. “They’re still trying to get him in trouble after the failed impeachment. I don’t think they’ll find anything.”

A Trump supporter outside NYC’s Trump Tower told Fox News: “He had the wrong address. He must be looking for the Clinton crime family.”

Trump has done nothing wrong, he said.

Earlier this year, the National Archives and Records Administration (NARA) said Trump Took 15 boxes Presidential records, including classified material, to his personal residence in Florida. Federal law restricts the removal of classified documents to unauthorized locations, although Trump, as president, may try to argue that he has final declassification authority.

DC’s Amanda said she thought the attack was a long time coming.

“I think it’s been coming for a while,” Amanda told Fox News. “I hope they find what they want and we can find out what really happened” January 6, 2021.

Tom, an Ohio resident visiting DC, said: “I think this is a step in the right direction to get to the truth.”

Amanda said she does not believe the attack was politically motivated.

“If he had done the things he did, if he had been a Democrat, that would have happened,” Amanda told Fox News.

But Jerry, another tourist visiting DC, said: “I think it’s purely politically motivated. I think they do it for those who want to do it, but not for everyone.”

“If they don’t succeed at this, they try something else,” Jerry continued. “Whatever it takes to bring Trump down any way he can.”

Given the widespread speculation that Trump may soon announce a presidential run, Matt, a New York resident, pointed to the timing of the FBI search.

“I don’t know if it’s justified or not,” Matt told Fox News. “It seems a bit of a coincidence that this has just started with some knowledge of possibly happening in 2024.”

Brooke Syngman contributed to this report.