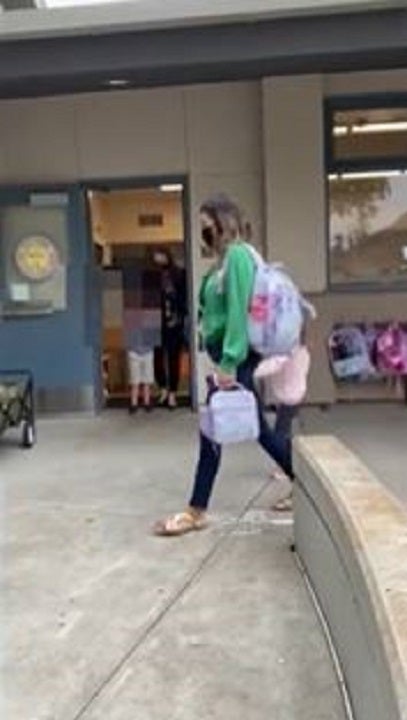 The father of a 4-year-old California boy in transitional kindergarten said school officials called police Thursday to boot his son from class after he refused to follow the district’s mask policy.

The father, named Shawn and who requested Fox News Digital not use his last name, said the Mountain View Wiseman School District opposes the order. The unnamed child was in class Friday after the district relaxed the policy at a meeting Thursday.

“He basically looked like a PTSD (post-traumatic stress disorder) victim,” Shawn told Fox News Digital of her son, who started transitional kindergarten in suburban San Francisco last week. “He was in agony for about two hours.”

The clash occurred on Thursday when Shaun took his son to school and recorded a video of the boy not wearing a mask on campus. The footage shows Thurkoff Elementary School Principal Michelle Williams trying to explain why the boy should be removed from campus.

A 4-year-old boy in California was booted from class Thursday for refusing to wear a mask, a district requirement, which relaxed the policy.
(Courtesy of Tracy Henderson)

“I want him here, but it’s our district’s policy that students wear masks,” he says. “He’s a beautiful kid. We’re here to support and serve him.”

The boy can be seen running to class behind her before being taken outside.

“I can’t spend time on this… if you don’t leave this time I’m going to remove you from campus,” Williams says before calling an officer.

In another clip, a school resource officer, sympathetic to Shawn’s concerns, talks to him but is firm. After a discussion, Shaun said he went with his son.

The incident occurred as Shawn and other parents protested the district’s rollback of the mask policy.

On Tuesday, Shawn’s attorney, Tracy Henderson, sent Williams a cease and desist letter, saying the boy had been bullied, discriminated against and harassed by district employees over the mask policy.

According to the letter provided by Henderson to Fox News Digital, “It is time for parents to decide what is best for their children in regards to COVID.”

He said the boy begged not to wear a mask and was turned away from school on the first day of the school year last week. Fox News reached out to the district.

The mask policy was discussed and relaxed in the school board meeting on Thursday. Starting Friday, the district will move to a “mask optional” policy for students,” Superintendent Ayinde Rudolph said at the meeting.

In a statement sent to Fox News, Rudolph said he understood both sides of the mask issue but said filming the encounter had gone too far.

“It’s very unfortunate that this parent chose to video record one of our principals after repeatedly asking them to video record it,” Rudolph said. “These parents worked with a group of advocates outside of Mountain View to create a professional video to nationally embarrass a public servant doing his job while maintaining a safe and orderly school.”

Shawn said many students and their parents were unmasked on Friday.

“We are trying to get our son through a regular school experience,” she said. “I’ve been backed into a wall and the fight has come to me. There are some madmen who don’t want to give this up. They’re afraid of the wind.”