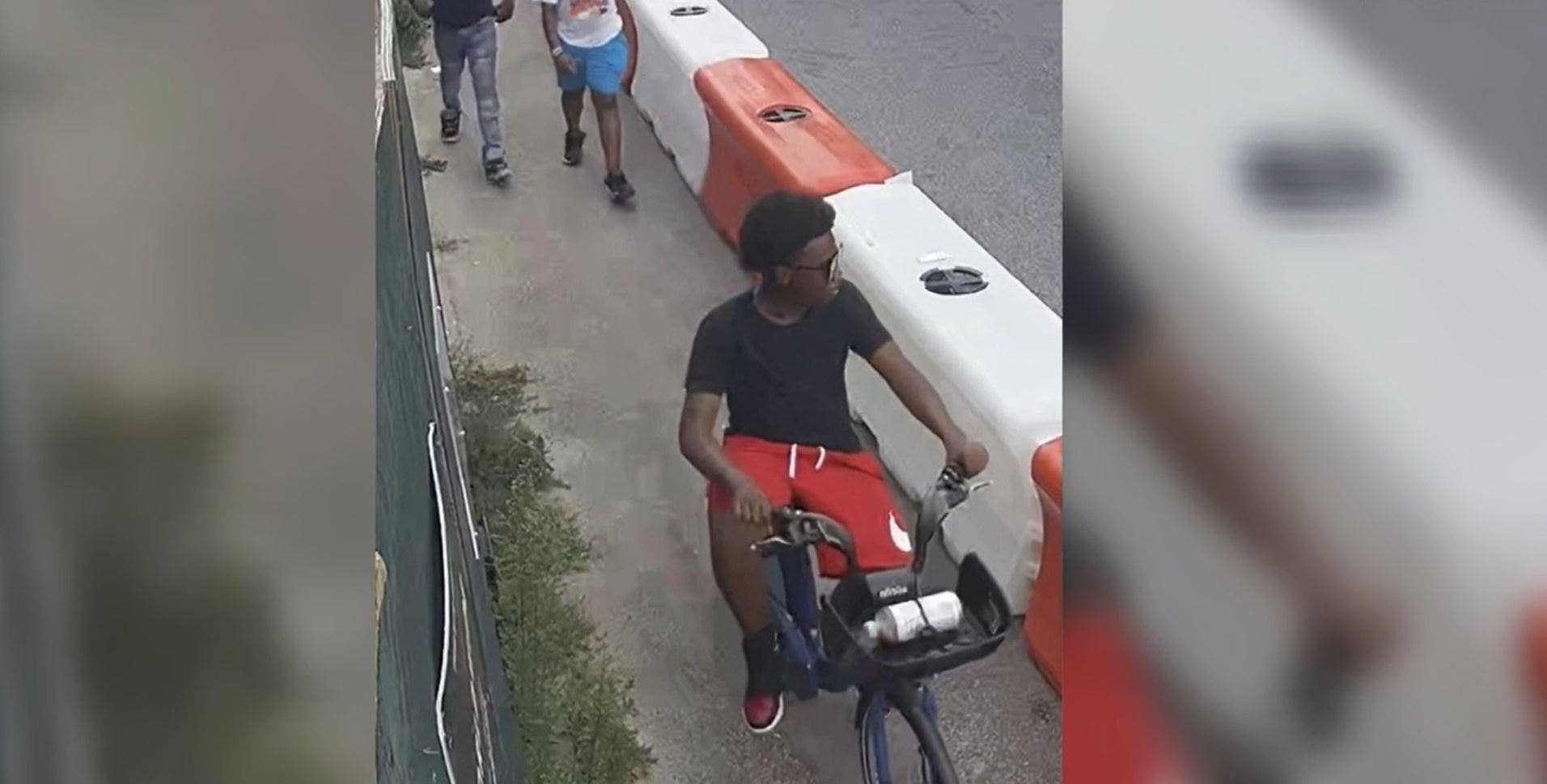 Part of the incident was captured by surveillance cameras, which show three teenage boys fleeing the scene on a scooter. One of the teenagers allegedly punched the girl in the chest and she was treated at the scene.

The girl was not seriously injured.

Police are still looking for the three boys, described as black males between the ages of 14 and 16.

A young woman was robbed by three teenagers in NYC.

The incident took place on July 28.