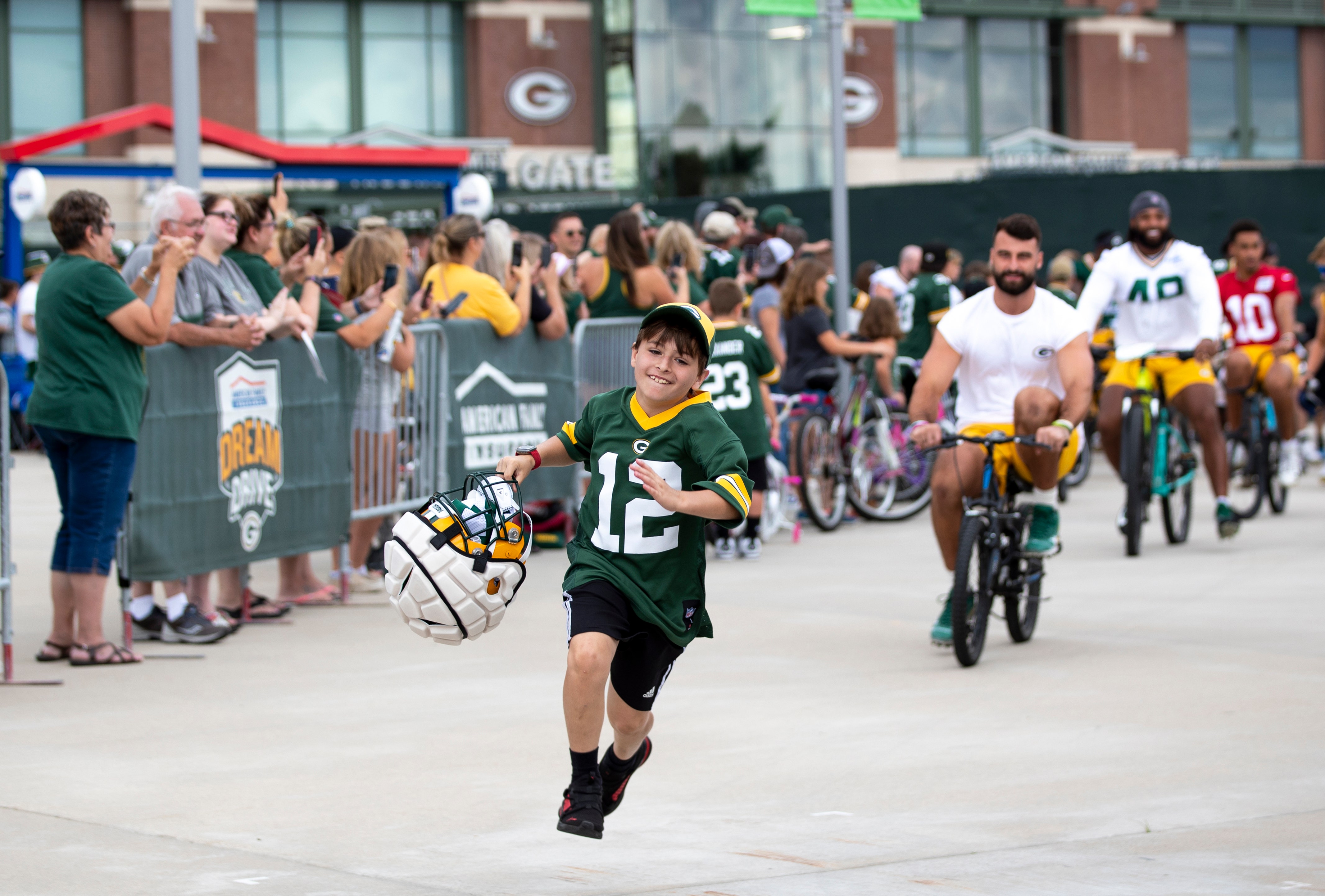 Derrick Henry was seen jogging on the field with his daughter after practice. The Green Bay Packers are once again borrowing children’s bicycles for practice. Fans are rubbing elbows with their favorite players to get those coveted autographs.

Yes, the NFL is looking and acting like it’s essentially back to normal as it heads into its third season dealing with COVID-19.

There are no trailers or tents for testing, and masks are rare. In fact, the protocols the league and NFL Players Association created and tweaked in 2020 and 2021 were suspended last March.

The NFL appears to be following the CDC’s lead, which dropped social distancing and quarantine last week after an estimated 95% of Americans age 16 and older receive some level of immunity from vaccinations or infections.

The league still wants anyone with possible symptoms to speak up and wear a mask after contact with someone with COVID-19. A positive test means home isolation for at least five more days.

“I think we’re always concerned about everyone’s safety, the health of ourselves and our families,” said Tennessee Titans coach Mike Vrabel, 2 1/2 years into the pandemic: “Hopefully we’re over it.”

It’s easy to notice the biggest changes in training camps across the NFL: Fans are back and closer to high-five and shake hands with players, no longer at a distance and happy to resume preseason traditions.

Tennessee Titans running back Derrick Henry during NFL football training camp on July 27, 2022 in Nashville, Tennessee. The NFL is essentially back to normal, heading into its third season dealing with COVID-19.
(AP Photo/Mark Humphrey, File)

The players will be happy to have fans fully back who are grateful for the energy boost during the monotonous routine and long days of camp.

“It’s huge,” Aaron Jones said. “The fans are everything. They make me go to football, and I would say it’s one of the best traditions in football, the bike ride. I’ve had the same little bike rider since I arrived, my son practices with me, so it’s special to me.

The Packers are among the teams that have allowed fans to watch training camp practices remotely in 2021, though no interaction with players is allowed.

The cheers were very welcome after the relative silence of the past two years, with pads thudding, coaches yelling and occasionally music playing over the speakers to mimic the noise of the fans. Families of players, coaches, and team personnel couldn’t resist stealing a few minutes at work with their children or spouses.

Henry’s daughter Valentina, now 2, is the perfect age to see her father racing to the end zone after an early practice at camp. The two-time NFL rushing champion said it was a moment his daughter could see when she was older.

“Having these moments is always precious, especially with your kids, but just being in football and training camp, it takes a lot,” Henry said. “But anytime you get a moment like that, you always cherish those moments and we can look back and laugh and enjoy.”

Vaccinations have eased protocols since 2020, when teammates must stay 6 feet apart, and coaches wear masks on the field during practices or games, whether teams are indoors or outdoors. Titans center Ben Jones said friends sit separately for breakfast and lunch, which makes it tough to build team chemistry and camaraderie.

“It made a lot of challenges for me as a guy trying to spread five guys on the same page,” recalled Ben Jones. “It’s not what you want. As a guy on the team, as a leader, you want as many guys as close as possible so you can influence them.”

Social distancing signs are gone. So mandatory tests, too, save time every morning waiting for a positive or negative result.

No NFL regular-season games have been canceled over the past two seasons due to the pandemic, although the entire preseason was canceled during 2020. The league reports that nearly 95% of players and nearly 100% of team personnel have been vaccinated.

The Titans had their first outbreak of the 2020 season, and Vrabel tested positive in the 2021 preseason in the start of another outbreak for the team.

Giants’ Brian Daboll has ‘absolute confidence’ in Daniel Jones, but Tyrod Taylor could get pre-team reps

Other professional leagues are adjusting protocols:

– Major League Baseball waived routine COVID-19 testing for all but symptomatic individuals before the start of the 2022 season.

– The NHL and the NHL Players Association released updated protocols Tuesday afternoon that “strongly” encourage vaccination and booster shots and testing only when symptoms are present. As with the NBA and MLB, unvaccinated individuals will not be able to cross the border between the US and Canada. Although the NHL only has a couple of players and assistant coaches in that category, unvaccinated players risk suspension and lost wages for missed “team activities.”

— The NBA hasn’t revealed its full policy for the upcoming season. Commissioner Adam Silver said last month that he expects continued movement toward normalcy, saying, “I’ve learned over the last 2 1/2 years not to make any predictions when it comes to COVID, but only to say that we’re going to be prepared for whatever comes our way.”