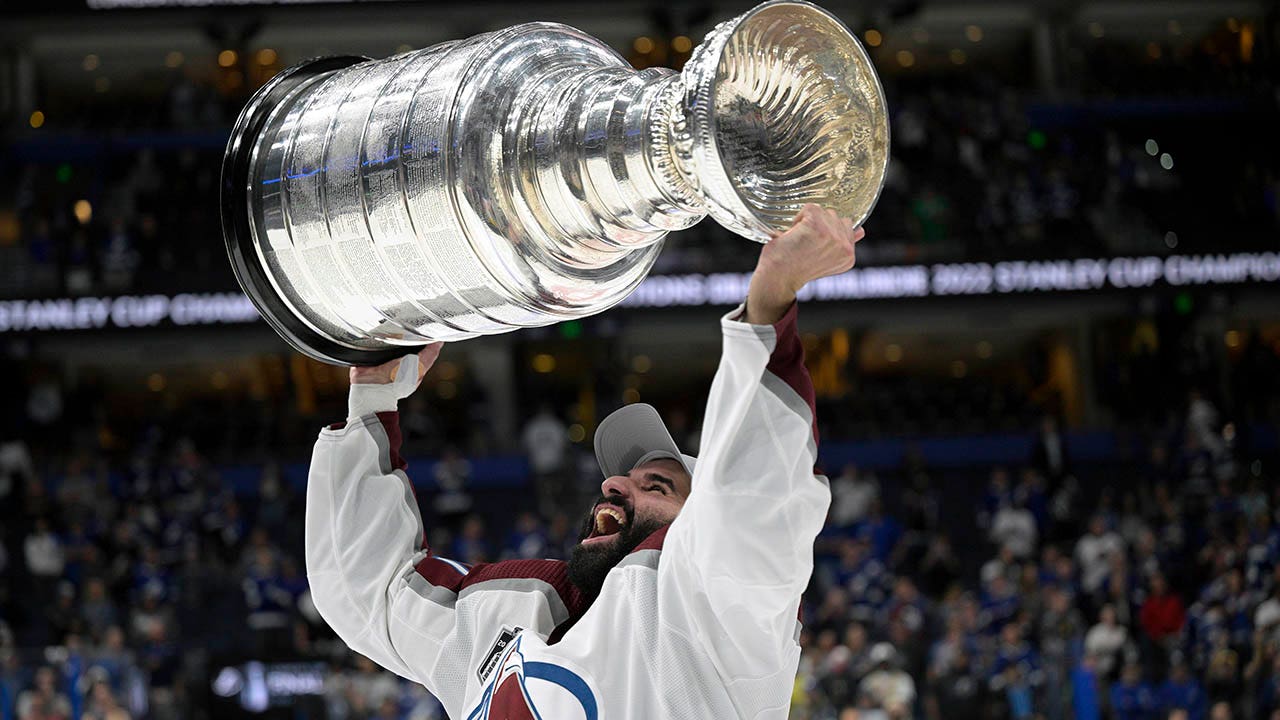 The move came shortly after the Flames traded Sean Monahan to the Montreal Canadiens to free up salary cap space.

Fans react after the Colorado Avalanche’s Nazem Kadri scores a goal in the second period in Game 4 of their second-round playoff series against the St. Louis Blues.
(AP Photo/Jeff Roberson)

“Nazem is a highly competitive top six player who will add depth to our center ice position. He brings a great skill level and determination to our group, along with recent Stanley Cup Championship experience,” said Flames General Manager Brad Treliving.

Kadri helped the Colorado Avalanche win a title last season and has been waiting a while to sign with the team.

Colorado Avalanche’s Nazem Kadri (91) celebrates after scoring in the third period of Game 4 of their second-round playoff series against the St. Louis Blues, May 23, 2022, in St. Louis.
(AP Photo/Jeff Roberson)

Calgary has been wheeling and dealing in the offseason. After losing Johnny Gaudreau to the Columbus Blue Jackets, the team traded Matthew Tkachuk to the Florida Panthers for Jonathan Huberdeau, Mackenzie Weiger and a conditional first-round draft pick.

Kadri is an added bonus in a busy offseason.

“This is an exciting day for my family. I couldn’t be more excited to join such a passionate fan base and organization. I have always loved the city of Calgary and I look forward to giving everything I have to this team,” Kadri said.