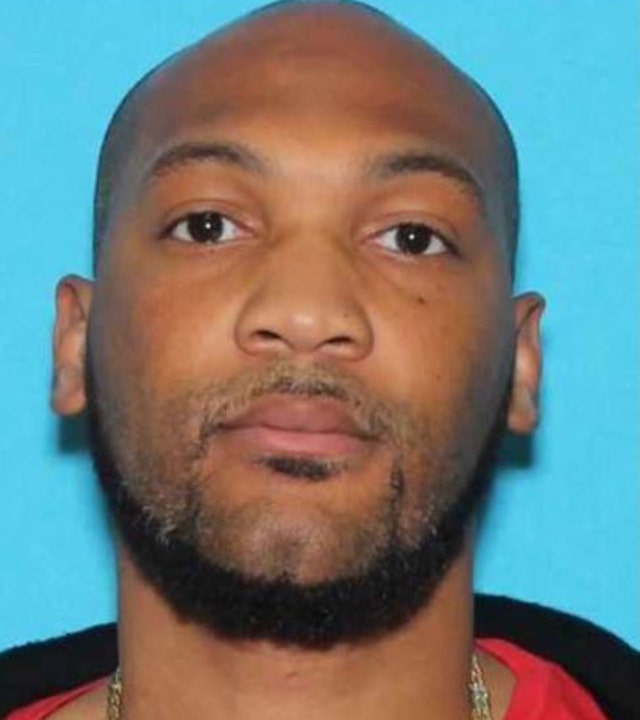 Yakub Salik Talib, the brother of former NFL star Aqib Talib, turned himself into authorities Monday after a warrant was issued for his involvement in a fatal Texas shooting, police said.

Talib, 39, has been named as the suspect in a shooting at a youth football game in Lancaster that left one dead. A first-degree felony murder warrant was then issued, police said, and he was turned over to the Dallas County Jail.

Police said officers were called to Lancaster Community Park after an altercation between coaches and officials during the game. Responding officers at the scene identified the gunshot victim as 43-year-old Michael Hickman.

An undated photo shows Yakub Salik Talib, who surrendered to police in connection with the Texas shooting.
(Lancaster, Texas, Police)

Witnesses told investigators there was a disagreement between the coaching staff and referees of two youth football teams, police said. Coaches had issues with some of the calls made by the officiating staff.

“The altercation turned physical, with the suspect pulling out a gun and shooting Mr. Hickman multiple times. No injuries were reported at this time,” police said in a news release Monday.

The police said that the investigation into the death of the high command is continuing.

Ravens’ James Proches on fatal Texas shooting: ‘Another life taken for no reason’

According to TMZ Sports, video of the incident showed people fighting with the referees. A fight took place far away and gunshots could be heard in the background. Later in the clip, several people are seen attending to the adult man on the ground.

“Aqib was present when this unfortunate incident occurred and is deeply distraught and devastated by this horrific loss of life. He wishes to convey his condolences to the victim’s family and everyone who witnessed this unfortunate tragedy,” his lawyer said.

Aqib Talib was not mentioned in the press release.