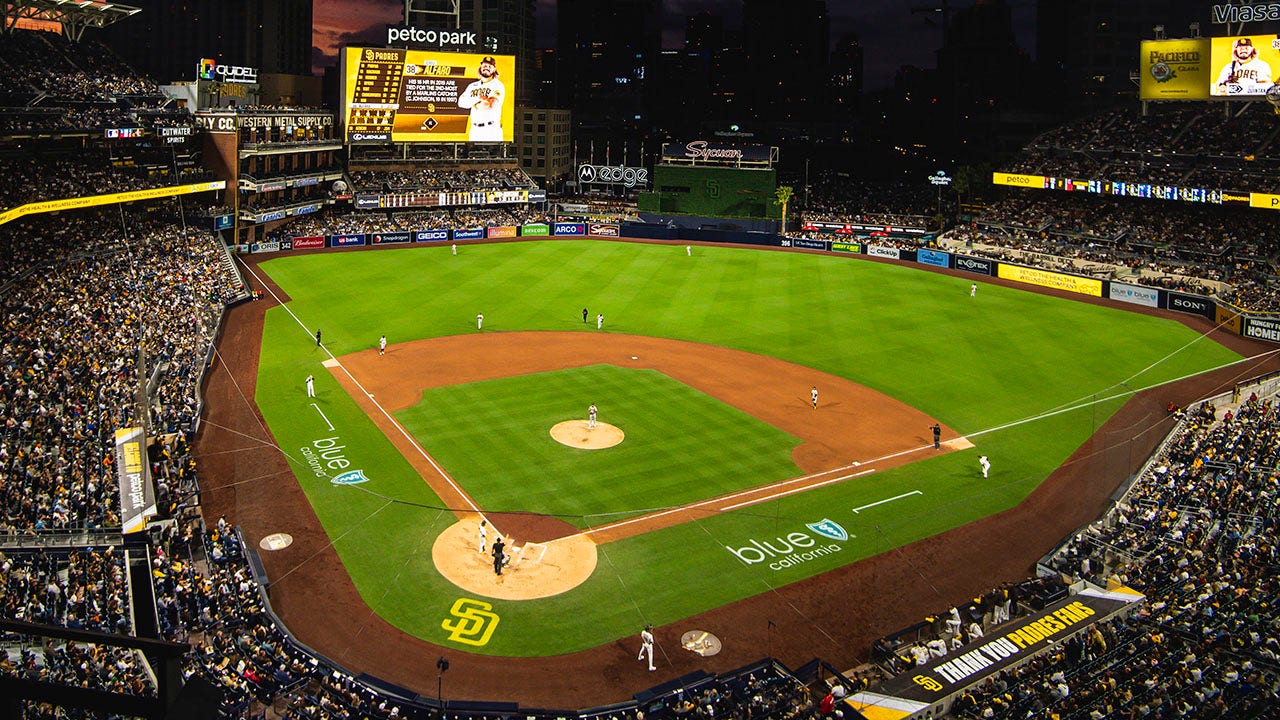 The San Diego Padres’ five-game losing streak seems to be getting the best of its fans.

A Padres fan was caught kicking another attendee down a flight of stairs during the team’s 1-0 loss to the San Francisco Giants at Petco Park on Monday night.

A general view during the game between the San Diego Padres and the Pittsburgh Pirates on May 27, 2022 at Petco Park in San Diego, California.
(Matt Thomas/San Diego Padres/Getty Images)

The riff quickly broke up, but punches were thrown by four separate men before security and other spectators intervened.

“Security was maintained and the two subjects were ejected. We were not aware of the fight until after it was over,” a spokesperson for the San Diego Police Department told TMZ Sports.

Padres star has no worries after sweep by Dodgers: ‘I’m facing Manny Machado’

No one seemed to be seriously injured – considering the guy who was kicked down the stairs actually stayed on his feet and started throwing some haymakers.

The real kicker is the man who dragged him down the stairs with a Fernando Tatis Jr. jersey.

A general view of Opening Day at Petco Park before the game between the Atlanta Braves and the San Diego Padres on April 14, 2022 in San Diego, California.
(Rob Leiter/MLB Photos via Getty Images)

The Padres were recently swept by the Los Angeles Dodgers in a three-game set and will look to avoid losing their series against the Giants on Tuesday night.