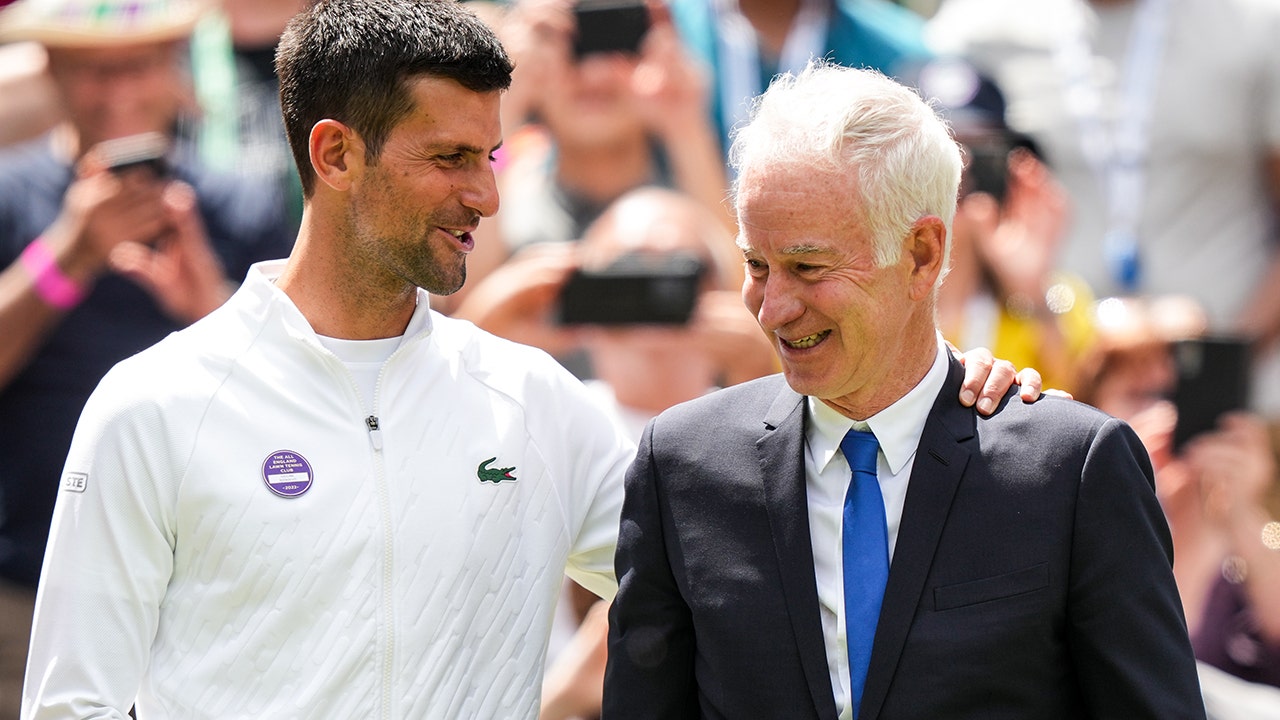 As it currently stands, Novak Djokovic will not be able to compete at the US Open due to the government’s COVID-19 vaccination requirements for foreign travelers.

The same verdict also ruled Djokovic out of the City Open, National Bank Open and the upcoming Western & Southern Open. Unvaccinated foreign nationals can’t travel to Canada or the US, a policy that didn’t sit well with tennis legend John McEnroe, despite Djokovic’s hopes at the US Open.

McEnroe made his stance clear after Djokovic’s win at Wimbledon earlier this summer. He reiterated his views in an interview with Fox News Digital on Saturday as he prepares to call an LAFC game with Will Ferrell on behalf of Mixshaw.

“Well, first of all, I think it’s BS. That’s my opinion. I think he should be allowed to play. My personal opinion, because I’ve been vaccinated, I’ve had a booster shot, it’s up to the individual,” McEnroe said. “If I’m him and I’m not him, he’s won more majors than me because he’s dug in his heels and found a gear that very few people in any sport have found, so that’s part of what made him so great, he sticks to his guns, he’s fully qualified to make the decision.

Novak Djokovic during a training session at the Mutua Madrid Open on April 30, 2022 in Spain.
(AP Photo/Manu Fernandes, File)

“That guy is one of the greatest athletes in any sport. He’s very careful about anything he puts in his body. So, it’s disappointing to see this time when we’re sitting here and having a good time at an LAFC soccer game. And he’s not allowed to enter the country right now because he’s not vaccinated. It’s really unfortunate but it’s Really the rules we have with the government. I don’t agree with that but it’s the truth at the moment.”

It’s up to the US government to change its travel policy to allow Djokovic to play, as the US Tennis Association already adheres to federal rules.

Djokovic is a three-time champion at the US Open and was runner-up to Daniil Medvedev last year.

His win at Wimbledon marked his 21st Grand Slam men’s singles title. It was his first Grand Slam title of the year. He was unable to play the Australian Open after being deported over the country’s strict coronavirus vaccination rules and lost to Rafael Nadal in the French Open quarterfinals.