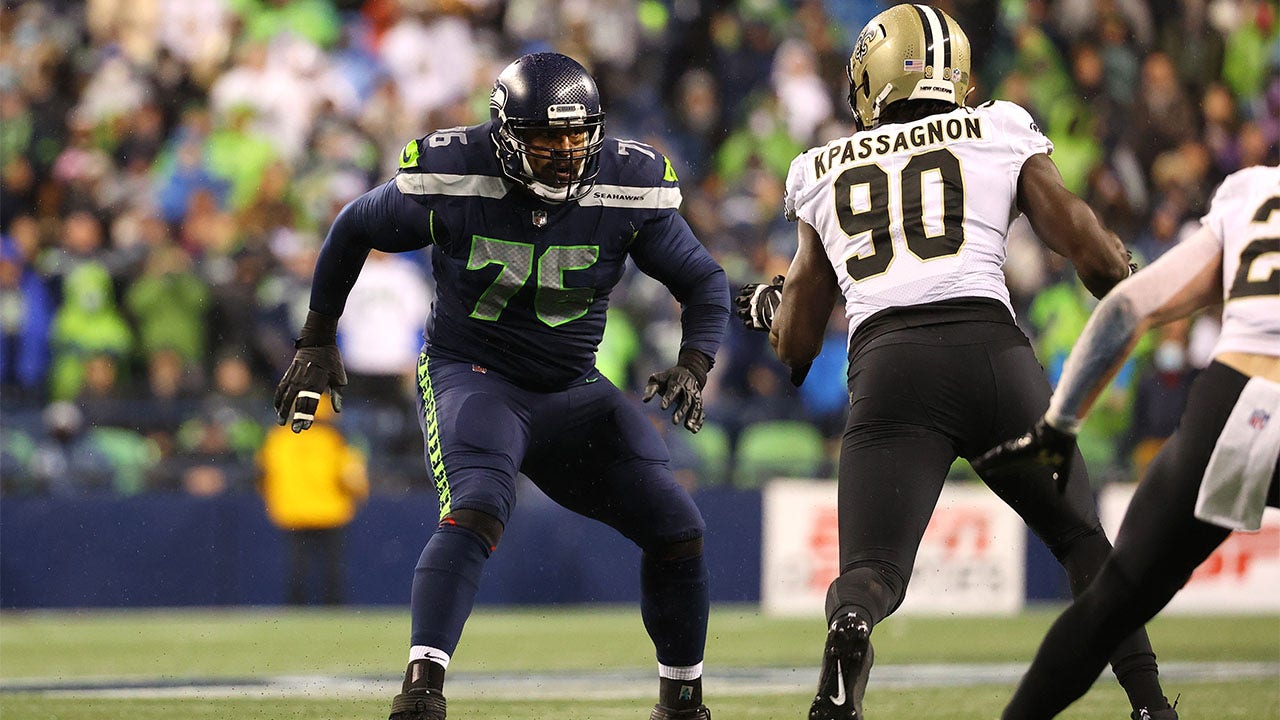 The New York Jets and offensive tackle Duane Brown agreed to terms on a two-year contract Thursday, a person with direct knowledge of the deal told The Associated Press.

The move came three days after the Jets learned they may lose Mekhi Becton for the season due to a knee injury suffered in practice.

The person spoke to the AP on condition of anonymity because the team has not announced the signing. The deal between the Jets and Brown was first reported by ESPN. NFL Network reports the deal is worth $22 million.

Brown, who turns 37 on Aug. 30, visited the Jets and took part in their scrimmage last Saturday night at MetLife Stadium. Coach Robert Saleh admitted there was “mutual interest” and Becton’s injury further cemented the deal.

Duane Brown #76 of the Seattle Seahawks blocks in the fourth quarter against the New Orleans Saints at Lumen Field on October 25, 2021 in Seattle, Washington.
(Photo by Abby Parr/Getty Images)

Becton suffered a chip fracture in his knee during the second play of the team’s 11-on-11 drills on Monday. The initial prognosis was optimistic, but an MRI later revealed more damage to the knee than first expected.

After Becton injured the same knee in the season opener last year, George Fant slid from right tackle to left tackle and played well. Fant retained the starting spot at left tackle entering camp, with Becton moving to the right side for the first time.

Mekhi Becton #77 of the New York Jets is helped off the field after suffering an injury in the third quarter against the Carolina Panthers at Bank of America Stadium on September 12, 2021 in Charlotte, North Carolina.
(Photo by Mike Comer/Getty Images)

Fant praised Saleh Becton’s play in his absence and said the versatile veteran is “more comfortable” playing left tackle. But the addition of Brown — Fant’s former teammate in Seattle — could move Fant back to right.

Brown, who made his fifth Pro Bowl appearance last season, has spent his entire NFL career at left tackle.

In Becton’s absence, the Jets have Chuma Edoga and rookie Max Mitchell working at right tackle. Conor McDermott is also considered to be in the mix, but he will be out for at least another week with a lower ankle injury.

Brown was a first-round pick out of Houston in 2008 out of Virginia Tech. He was selected as an All-Pro in 2012 and made three straight Pro Bowls from 2012-14 before being traded to Seattle during the 2017 season.