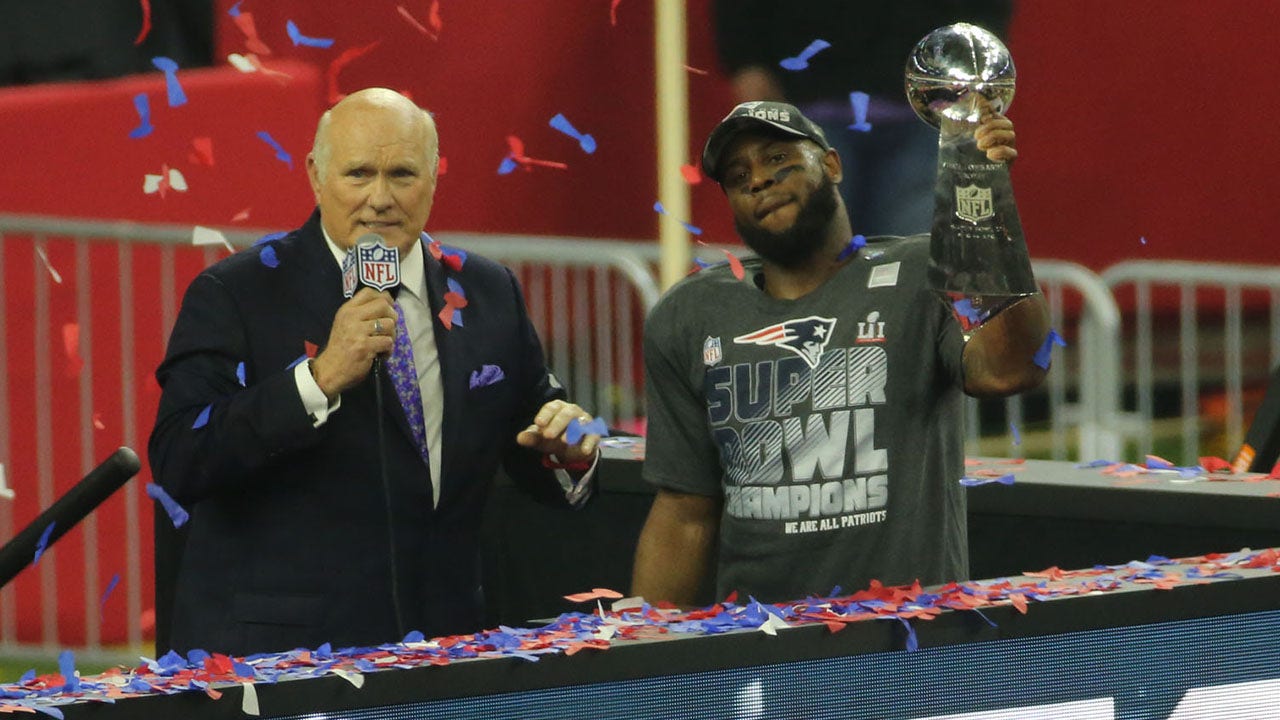 James White announced his retirement from football on Thursday.

The three-time Super Bowl champion running back, who played his entire eight-year career with the New England Patriots, announced his retirement on Twitter.

“Thank you to Mr. Kraft, Coach Belichick and the entire Patriots organization for allowing me to fulfill my childhood dream. To be able to play my entire career for one franchise in front of the best fans in the NFL is a tremendous blessing and honor,” White said in a statement.

White grew up in Florida and went to college at the University of Wisconsin. As a Badger, he was named Big Ten Freshman of the Year in 2010 and was a two-time member of the second-team All-Big Ten teams in 2010 and 2013.

During his college career, White rushed for 4,015 yards, averaged 6.2 yards per carry and ran for 45 touchdowns. As a receiver, White had 73 receptions, totaling 670 yards and three receiving touchdowns.

In 2013, White rushed for 1,444 yards, averaged 6.2 yards per carry and scored 13 touchdowns, firmly establishing himself as a dual threat. That same season, he caught 39 passes for 300 yards and two receiving touchdowns.

White was selected by the Patriots in the fourth round of the 2014 draft.

James White of the New England Patriots makes a catch beyond the reach of Jerome Baker of the Miami Dolphins during the second half at Gillette Stadium on September 12, 2021 in Foxborough, Massachusetts.
(Maddie Meyer/Getty Images)

The Patriots used White more as a receiver, compared to 319 rushing attempts for 1278 yards.

He finished his career with 36 regular-season touchdowns.

While White didn’t play a big role in the Patriots’ Super Bowl XLIX and Super Bowl LIII victories, he did play a crucial role in their legendary comeback against the Atlanta Falcons in Super Bowl LI.

In that game, White ran the ball six times for 29 yards and caught 14 passes for 110 yards and a receiving touchdown along with two rushing touchdowns.

White in action against the Miami Dolphins on December 20, 2020 at Hard Rock Stadium in Miami Gardens, Florida.
(Mark Brown/Getty Images)

Last year, the running back played in just three games, caught 12 passes for 94 yards and ran the ball 10 times for 38 yards and a touchdown.

White was on the Patriots’ physically unable to perform list (PUP) before retiring Thursday.