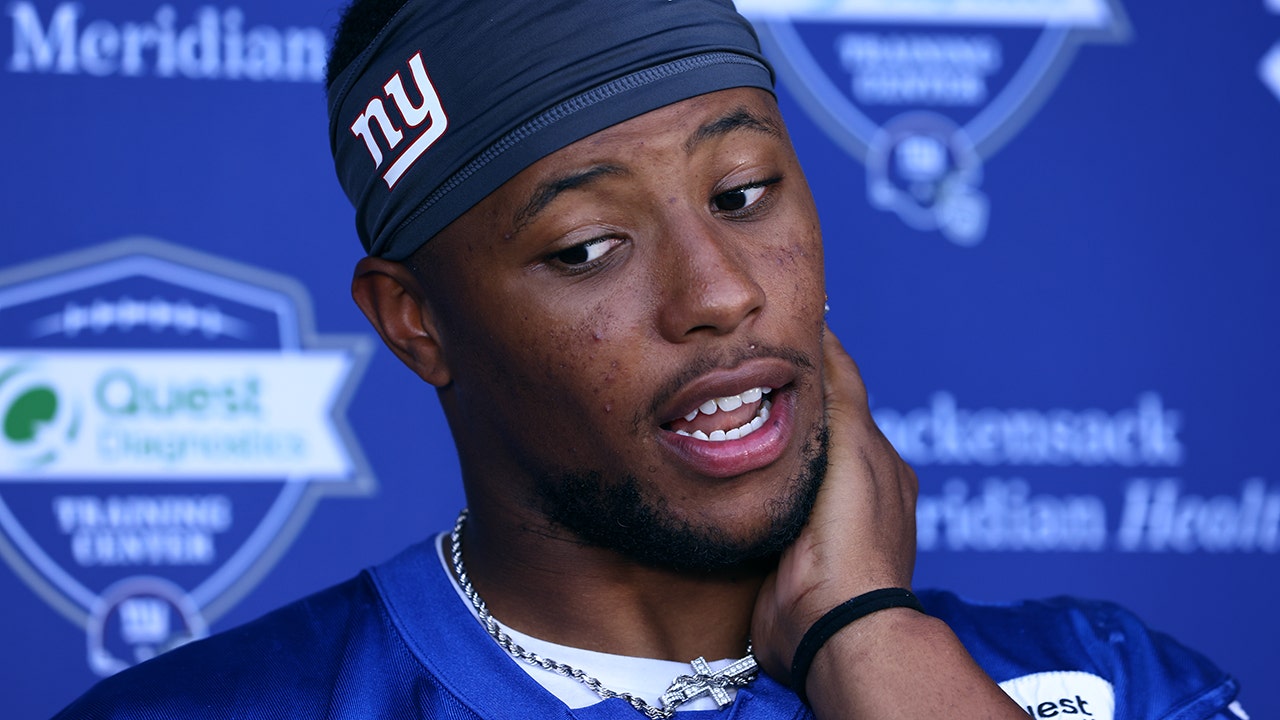 Temperatures were in the mid-90s in New Jersey on Monday but it was still hot on the practice field at Quest Diagnostics Training Center — home of the New York Giants’ training camp.

According to The Athletic, the incident began when Barkley dropped his shoulder on Robinson during a drill and Crowder took major issue.

On the next play, Crowder tackled Williams to the ground and brouhaha ensued. Feliciano went after Crowder and hit Brown in the head. Johnson also got involved and was seen pushing Brown.

Video showed both benches emptying onto the field. Feliciano joked about the fight, retweeting a picture of himself leaving the fight.

“Everything was a little tense with the wild hugs and stuff like that,” Giants defensive end Jihad Ward told NJ.com after practice. “I was looking at greatness. I was crying and st. I was like, ‘Damn, look at that — the brotherhood we have.'”

The Giants will be looking to improve from another disappointing season in 2021. New York brought in a new general manager in Joe Schoen and a new coaching staff including Brian Daboll, offensive coordinator Mike Kafka and defensive coordinator Wink Martindale.

New York kicks off their preseason schedule Thursday night against the New England Patriots on the road.