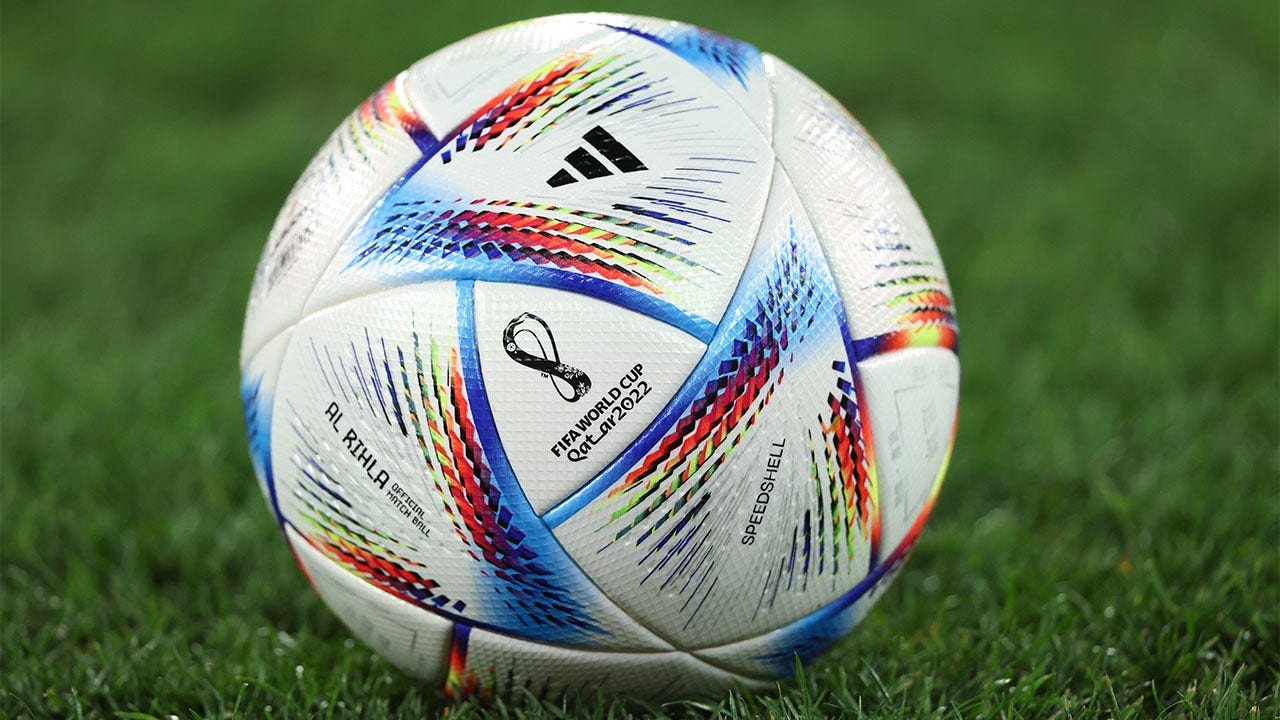 Host nation Qatar is set to play in its own World Cup tournament opener – and a stand-alone day will be added to the schedule just 100 days before kickoff.

Soccer’s marquee tournament has been launched a day earlier than originally scheduled seven years ago, allowing Qatar to play Ecuador on Nov. 20, a person familiar with the proposal told The Associated Press on Wednesday.

The person spoke on condition of anonymity because the person was not authorized to discuss the matter.

The proposal will be put before a committee comprising FIFA president Gianni Infantino and the heads of six continental football bodies, the person said. A decision is expected this week.

Adidas Al Rihla Official Match Ball of the FIFA World Cup 2022 in Qatar during the pre-season friendly match between Melbourne Victory and Manchester United at the Melbourne Cricket Ground on July 15, 2022 in Melbourne, Australia.
(Photo by Matthew Ashton – AMA/Getty Images)

According to a letter sent by FIFA this week and seen by AP, the governing body is seeking approval from continental soccer bodies by Thursday.

Qatar should get a special slot on Sunday for its opening ceremony and World Cup debut at the 60,000-capacity Al Beit Stadium.

The World Cup is currently scheduled to start on Monday, November 21, based on FIFA’s decision in 2015 after it agreed to push the tournament back to avoid the extreme desert heat in June and July. FIFA has agreed to a shorter, 28-day program for domestic soccer, particularly in Europe, to shut down ahead of the World Cup.

Recent World Cup tradition has given 2014 hosts Brazil and 2018 hosts Russia special opening days to play their first opponents. But the tight schedule in Qatar called for four matches every day for the entire group stage – 48 matches in 12 days.

In the tournament draw held in Doha on 1 April, the Netherlands, Senegal and Ecuador were drawn in Group A with Qatar. The Dutch and Senegal were scheduled for 1pm local time and Qatar were to play Ecuador in the third match with an evening kickoff six hours later.

A general view of the Al Janoub Stadium, one of the eight venues that will host the FIFA World Cup 2022 in Qatar. The stadium was designed by British-Iraqi architect Zaha Hadid and is located near the former fishing town of Waqra in Qatar. at Doha, Qatar on July 4, 2022.
(Future Publishing via Siddhik Keerantakat/IPX Group/Getty Images)

A proposal to create a 29-day tournament instead of 28 has been favored by Qatari officials and South American soccer body CONMEBOL, with talks involving the Qatari and Ecuadorian soccer federations, the person told the AP.

FIFA acknowledged in its letter that changing the date after tickets went on sale would affect some traveling fans. However, FIFA said “any risk is far outweighed by the value and benefits of the proposal”.

The Qatar-Ecuador game will feature only a handful of players with European clubs. Several players on the Ecuadorian roster play for clubs in Spain, the United States and Mexico, where the leagues stop play before the Nov. 12-13 weekend.

The schedule change will be tough to accept if Qatar is scheduled to open against the Netherlands, which has key members playing until November 13 with clubs in England and Italy.

Because of the proposal, FIFA is expected to push back Netherlands-Senegal from a lunchtime start to early evening, when Qatar will be eliminated.

A general view shows the dome containing the Qatar 2022 FIFA World Cup countdown clock in Doha on August 10, 2022. – The start of the World Cup will be brought forward by a day to allow hosts Qatar to play the opening match, sources said. Three months before the start of the competition. Qatar will now play Ecuador 24 hours earlier than planned on November 20, a move that FIFA’s governing body is expected to confirm soon, sources with knowledge of the matter said.
(Photo by Mustafa Abumunes/AFP via Getty Images)

Sunday evening’s opener in Qatar should play well with viewers in Asia and Europe, while in the United States it puts the World Cup in direct competition with NFL games. The US soccer team will play its World Cup opener against Wales in a late Monday game in Qatar.

The 2022 World Cup will be the first in the tournament’s 92-year history to be played outside the traditional northern hemisphere summer. The previous 21 editions were played between late May and late July.

Nov. 21-Dec. An 18-tournament schedule was agreed so European clubs could play the weekend of November 12-13 before releasing their players to the 32 World Cup teams. FIFA said in its letter that changing the opening day should not change the tournament’s rule that players must report from their clubs to national teams no later than November 14.

The final will be played on Qatar’s national day on Sunday, giving players a full week to return to clubs before the Premier League plays its traditional Boxing Day games on December 26.

Qatar’s original bid to host the tournament was made in June-July, promising innovative stadium cooling technology to beat heat expected to reach 45 degrees Celsius (113 degrees Fahrenheit) at the first World Cup in the Middle East.

A general view of the Al Janoub Stadium, one of the eight venues that will host the FIFA World Cup 2022 in Qatar. The stadium was designed by British-Iraqi architect Zaha Hadid and is located near the former fishing town of Waqra in Qatar. at Doha, Qatar on July 4, 2022.
(Future Publishing via Siddhik Keerantakat/IPX Group/Getty Images)

In December 2010, Qatar won a controversial bid by beating the United States 14-8 in the final round of voting by the FIFA Executive Committee, a group widely discredited by corruption scandals.

Four years later, FIFA moved to play the tournament on dates where temperatures are around 25 to 30 degrees C (77 to 86 degrees F).

Now, another seven years later, the dates are set to change again.