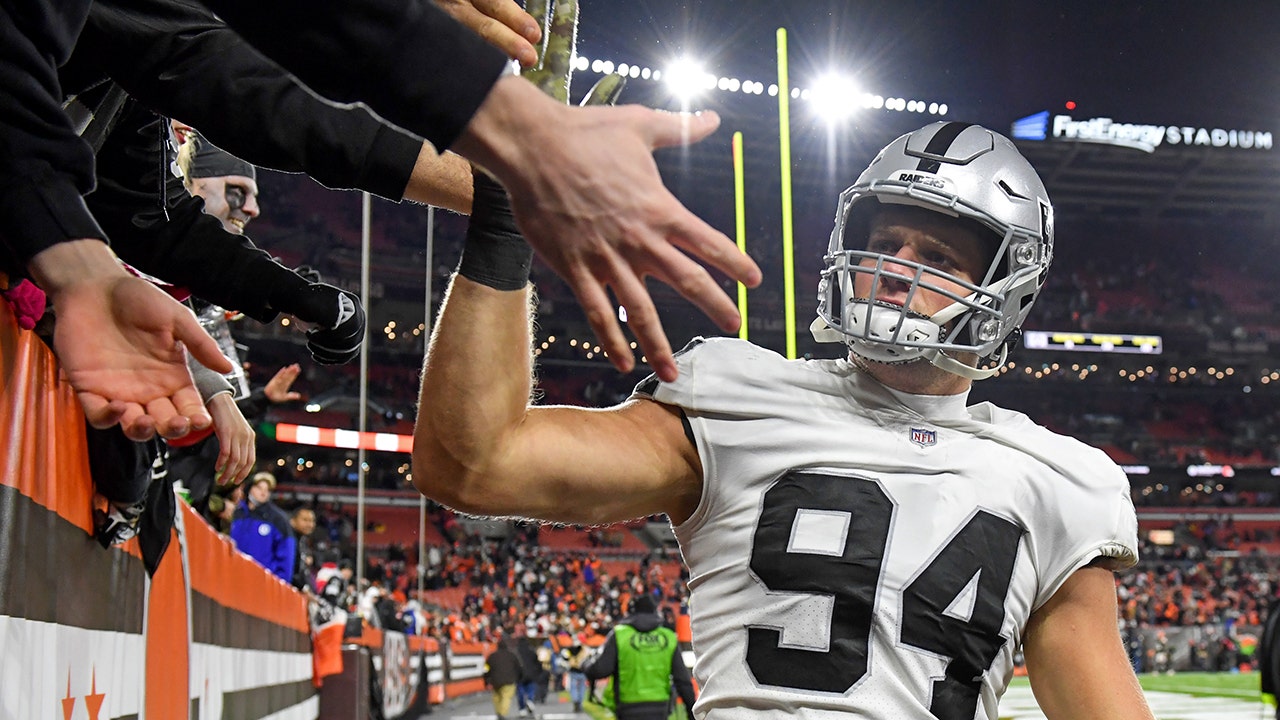 Carl Nassib, who made history last year by becoming the NFL’s first active openly gay player, has reportedly found a new team with the start of the 2022 season less than a month away.

Nassib agreed to a one-year deal with the Tampa Bay Buccaneers on Monday, according to multiple reports. Nassib will be brought in to shore up the defensive line after the team parted ways with pass-rusher Jason Pierre-Paul and decided to move Joe Tryon-Shoinka into the starting role.

Defensive end Carl Nassib, #94 of the Las Vegas Raiders, walks off the field following the team’s 17-13 victory over the Denver Broncos at Allegiant Stadium in Las Vegas.
(Ethan Miller/Getty Images)

Nassib joining the Buccaneers is his second stint with the organization.

The Cleveland Browns selected Nassib in the third round of the 2016 draft out of Penn State. He played two seasons with the Browns recording 5.5 sacks and 52 total tackles.

Nassib made history when he revealed to the world that he was gay. In a July interview on “Good Morning America,” he said he has a “great relationship” with his Raiders teammates. He said he was a little worried before hitting the post button on social media.

Carl Nassib, #94 of the Las Vegas Raiders, celebrates with fans after the Raiders beat the Cleveland Browns 16-14 at FirstEnergy Stadium in Cleveland.
(Nick Camet/Diamond Images via Getty Images)

“I was staring at the phone for an hour, trying to hype myself up. The last thing I said was, ‘What do you know for kids’? And hit post,” he said.