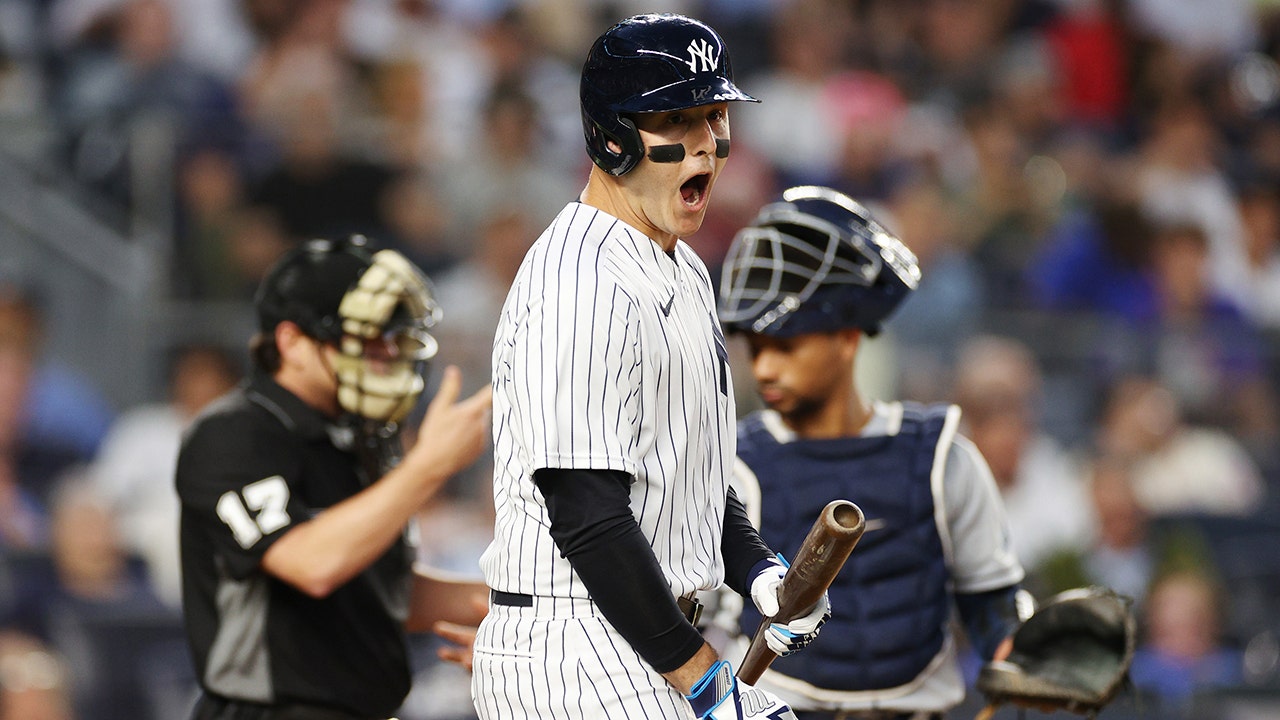 Anthony Rizzo entered the game 12-for-60 for the New York Yankees with five home runs and 12 strikeouts in his last 17 games before taking the field against the Tampa Bay Rays on Monday.

His frustration boiled over.

In the bottom of the third inning, Rizzo was hit by a pitch from Ryan Yarbrough — an inside curve that hit Rizzo’s leg from the left side of the plate. What appeared to be a clear hit by a pitch was nixed by home plate umpire DJ Rayburn, who said Rizzo didn’t do enough to get out of the way.

Rizzo was clearly upset by the call but was cool enough to return to the batter’s box.

After entering the dugout, Rizzo took out his frustration on his helmet. He hit it a handful of times before making it to the other side.

Rizzo stayed in the game. He got his 18th double of the season off Rays starter Jalen Beeks.

However, the Yankees failed to score through five innings. The team was shut out Sunday night against the Boston Red Sox.

New York Yankees’ Anthony Rizzo reacts after being called out in the third inning against the Tampa Bay Rays at Yankee Stadium in New York, Aug. 15, 2022.
(Sarah Stier/Getty Images)