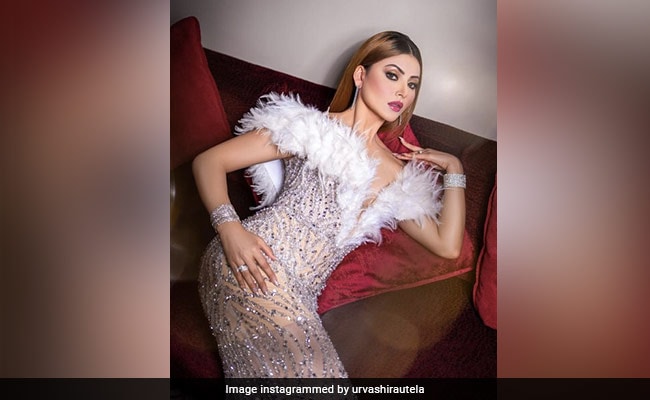 Model-actress Urvashi Rautela and cricketer Rishabh Pant have seemingly become the main characters of each other, after taking oblique pot shots on the internet this week. In an elliptical Instagram post shared late last night, Urvashi wrote: “Chotu bhaiya Must play bat ball. Main koi munni badnam nahi hum badnam hoane With a little baby darling Tere Liye (I’m not ashamed of a kid like you).” She added the hashtags #RPChotuBhaiyya, #DontTakeAdvantageOfASilentGirl and the somewhat disturbing #CougarHunter. But in Urvashi’s words, Dabangg the song Munni badnam huiClearly meant to negate any romantic implications on the part of the untitled “Chotu Bhaiya” or “RP”, it is unclear if Urvashi is referring to herself as a “cougar”, a pop culture term for older women who seek younger men as romantic partners.

Urvashi’s riposte, if it can be called that, is believed to be her response to Rishabh Pant’s Instagram story posted yesterday and later deleted. In it he wrote: “Funny how people lie in interviews just for popularity and to hit headlines. It’s sad how thirsty some people are for fame and name. God bless them.” He hashtagged the post #merapicachorhoBehen and #Jhutkibhilimithotihai.

Screenshots of Rishabh Pant’s deleted post are doing the rounds on social media:

While Rishabh didn’t name any names, the internet connected the dots to Urvashi Rautela, who in a viral interview unclaimed “RP” waited for him in the hotel lobby and called several times – she was sleeping and when she woke up she saw 17 missed calls. Up, said Urvashi.

In an interview, Urvashi said, “I was shooting in Varanasi. Vahan Sec I had a show in New Delhi. To meri vahan se delhi ki flight thi. In New Delhi, I was shooting all day and when I came back I had to get ready after about 10 hours of shooting and you know girls take a lot of time to get ready. Mr. RP came, he was sitting in the lobby waiting for me and he wanted to meet. My itni tired thi, my so gayi And I didn’t know I received so many calls. So, when I woke up, I saw 16-17 missed calls and then I felt very bad. Someone was waiting for me and I didn’t go. Out of respect, a lot of girls don’t care about making someone wait, out of that show of respect, I told him let’s meet when you come to Mumbai.

He said there was a promising meeting in Mumbai but the paparazzi created a ruckus.