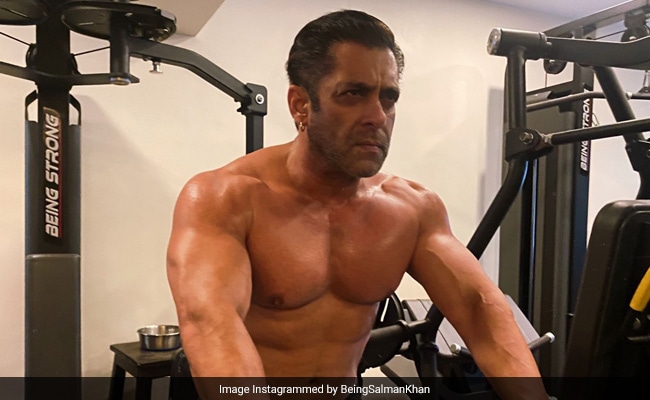 On Tuesday, Salman Khan, 56, shared a picture after a workout at the gym. The actor is showing off his ripped physique, posing for the camera while standing between workout equipment at the gym. In the caption, he wrote: “Being strong…” Known for his penchant for fitness, Salman often shares pictures after his training sessions. Salman has many films in his professional line up Tiger 3Directed by Manish Sharma and also starring Katrina Kaif and Emraan Hashmi.

This morning, Tiger 3 The first film in the franchise was trending on Twitter as many fans remembered that it would have turned 10 on August 15. title, Ek tha tiger, the film shows RAW agent Salman and ISI agent Katrina Kaif falling in love during a mission. Second picture, Tiger Zinda Hai Released in 2017. Tiger 3 It will hit the screens on April 21, 2023. The date announcement video was shared in March, in which Salman and Katrina made a stellar entrance.

Salman has other projects lined up. He will appear Kabhi Eid Kabhi Diwali With Pooja Hegde. The actor will also be seen in Chiranjeevi’s Telugu film. Godfather. He was recently in Hyderabad to shoot for a project.