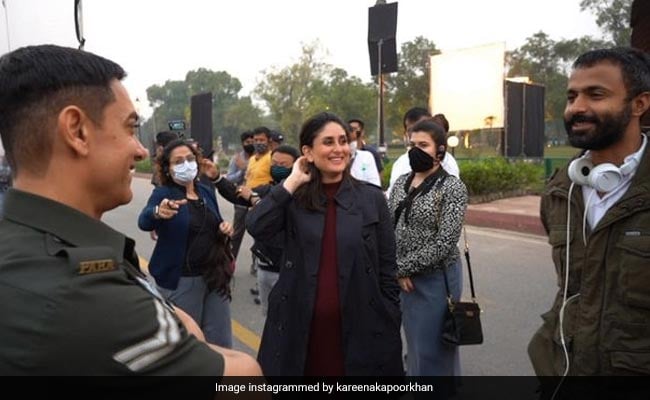 Lal Singh Chadha Today it has cinemas. Kareena Kapoor who plays Roopa in the film shared a throwback picture from the sets to celebrate the special day. In the photograph are Aamir Khan and director Advait Chandan along with some of the crew. The trio – Kareena, Aamir and Advait – are having a light conversation. Sharing the picture, Kareena wrote, “Aamir, Advait, Me and Jeh Baba… Thanks for the memories… Roopa and Lal forever. Lal Singh Chadda today…” Wondering what she meant by Jeh Baba? She wants us to see her baby bump. Kareena was pregnant with her second child during the shoot. We can see the pregnancy glow on her face. Kareena and her husband, actor Saif Ali Khan, welcomed Jeh Ali Khan in February 2021.

Back to Kareena Kapoor’s latest update. Got a special comment from actress Priyanka Chopra. He left a heart eyes emoji in the comment section.

A special screening of Lal Singh Chadha It was organized on August 10. It was attended by Ranveer Singh, Deepika Padukone, Randeep Hooda, Atul Kulkarni, and Sushmita Sen.

Lal Singh Chadha, Earlier, the film made headlines after trolls called for a boycott. After this, Aamir Khan reacted to the entire episode. News agency ANI quoted him as saying, “If I hurt anyone, I am sorry. I don’t want to hurt anyone. If someone doesn’t want to watch the film, I respect their sentiment. .”

If I have hurt anyone, I am sorry. I don’t want to hurt anyone. If someone doesn’t want to watch the movie, I respect their sentiment: Aamir Khan on hearing about the controversy over his upcoming film Lal Singh Chadha and calling for its boycott on social media (09.08) pic.twitter.com/iZATYGPE90