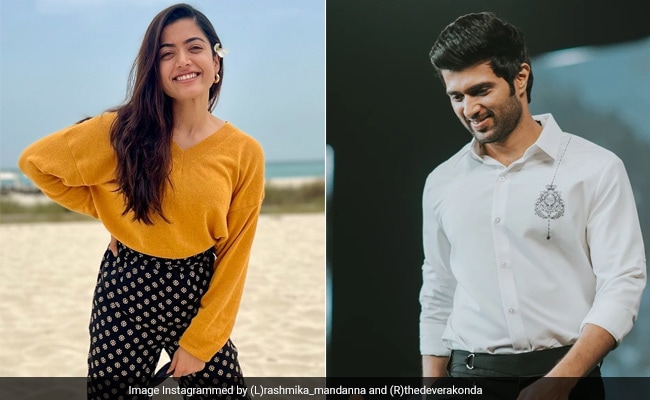 Rashmika Mandanna is in the news for her rumored relationship with Vijay Devarakonda. Recently, in an interview with Hindustan Times, the actress neither confirmed nor denied the rumors of her dating Ligar star Vijay and said, “People can talk about us”. The actress said she prefers to “make them laugh”. Rashmika Mandanna and Vijay Devarakonda worked together in the film Geetha Govindam, but they are said to have fallen in love on the sets of Dear Comrade.

“Sometimes, I’m like ‘Are yaar (oh dear), I’m doing five films a year, but you still come and say ‘Who are you dating? What’s your personal life?’ But I understand that we’re actors and the spotlight is on us, people want to know more about you, it’s been from the beginning of my career … who is she seeing, or, well, she’s with this guy, actors are in publicity, you can talk about it, But when it comes to me, I want to tell them not to jump to conclusions until I have said it in my own words,” Hindustan Times quoted Rashmika as saying.

He said, “You (people) can talk about us, you can say negative things about it. Because at the end, we are public figures. We can’t just pick the good bits, people only focus. Work, not personal life. So they are free to talk about anything. , just don’t jump to conclusions. It’s not true until you hear it from me.

When asked about her dating rumors with Vijay Devarakonda on the chat show Koffee With Karan, Rashmika said, “I think it’s so cute. I’ve seen these episodes and conversations. I’m like, ‘Aww.’ It’s not like content. It’s like, ‘Well, it’s something they have fun with, so go ahead'”.

Meanwhile, on the work front, Rashmika Mandanna has several films in her kitty – Goodbye, Mission Majnu and Animal. On the other hand, Vijay Devarakonda is awaiting the release of Ligar, co-starring Ananya Pandey.