After their wedding on June 9, Nayanthara and Vignesh Sivan resumed work and kept busy with old and new projects. Now, he has taken time out of his busy schedule and headed to Spain for a much-needed break. On Friday, Vignesh shared two separate posts featuring photos of him and Nayanthara en route to Barcelona. The actress looked gorgeous in a white top paired with a blue jacket and denims. Vignesh also opted for a casual look and wore a black tee and jeans. Sharing the first photo, Vignesh wrote about going on vacation and spending quality time with his wife after “non-stop work”. He is seen giving a peck to Nayanthara’s hand as the two enjoy each other’s company on the flight. His post read: “After a continuous series of work work! Here we take some time for ourselves! Barcelona, ​​here we come! The filmmakers added a bunch of smiling emojis to their caption.

In the second post, Vignesh Sivan looks happy as he clicks a selfie with Nayanthara by his side. “On the way to Barcelona with my wife,” the filmmaker expressed his happiness in a caption he wrote with two heart-eyes, a flower and a red heart icon. Check out his post here:

Vignesh, who often treats us to squishy and adorable pictures of him and Nayanthara, shared an update on his trip to Spain on his Instagram story. Posting FC Barcelona’s logo alongside a GIF of Lionel Messi, he wrote: “After a very stressful year, time to chill and sleep. Barcelona, ​​I came to see how good you are! 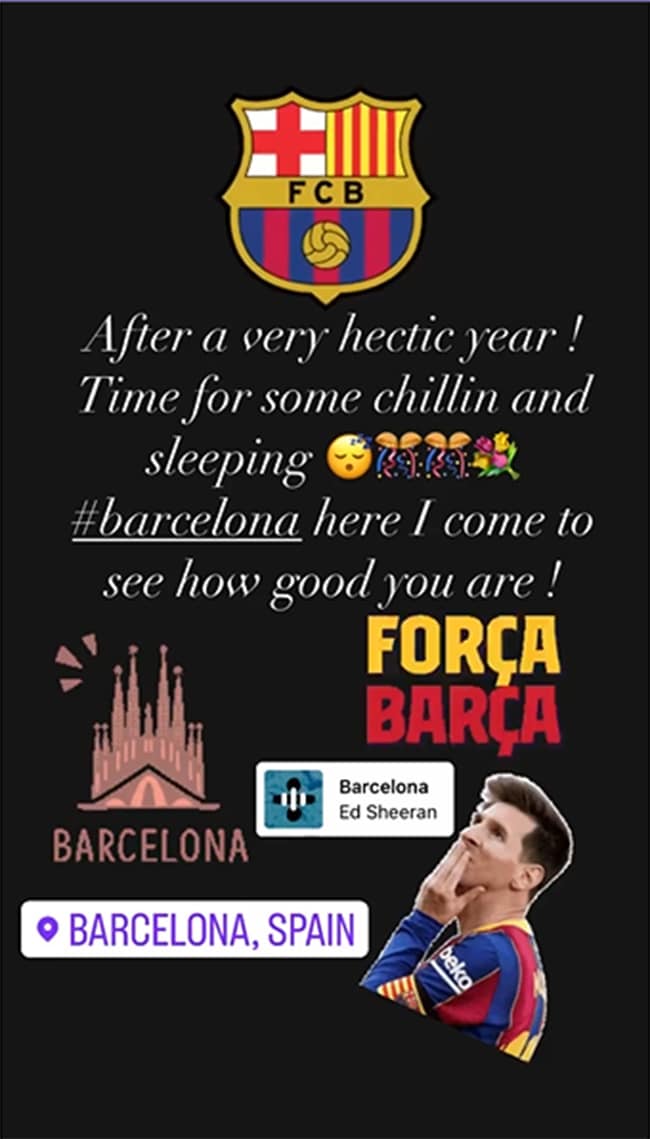 Nayantara and Vignesh Sivan often paint Instagram red with their love posts. Recently, Netflix shared the first look of the couple’s wedding documentary. The teaser of the documentary Nayanthara: Beyond the Fairytale shows Vignesh describing the actress as “beauty within”.

The pair met on the sets of the 2015 film Nanum Rowdy Dhan, where Vignesh directed Nayanthara for the lead role, and fell in love soon after.