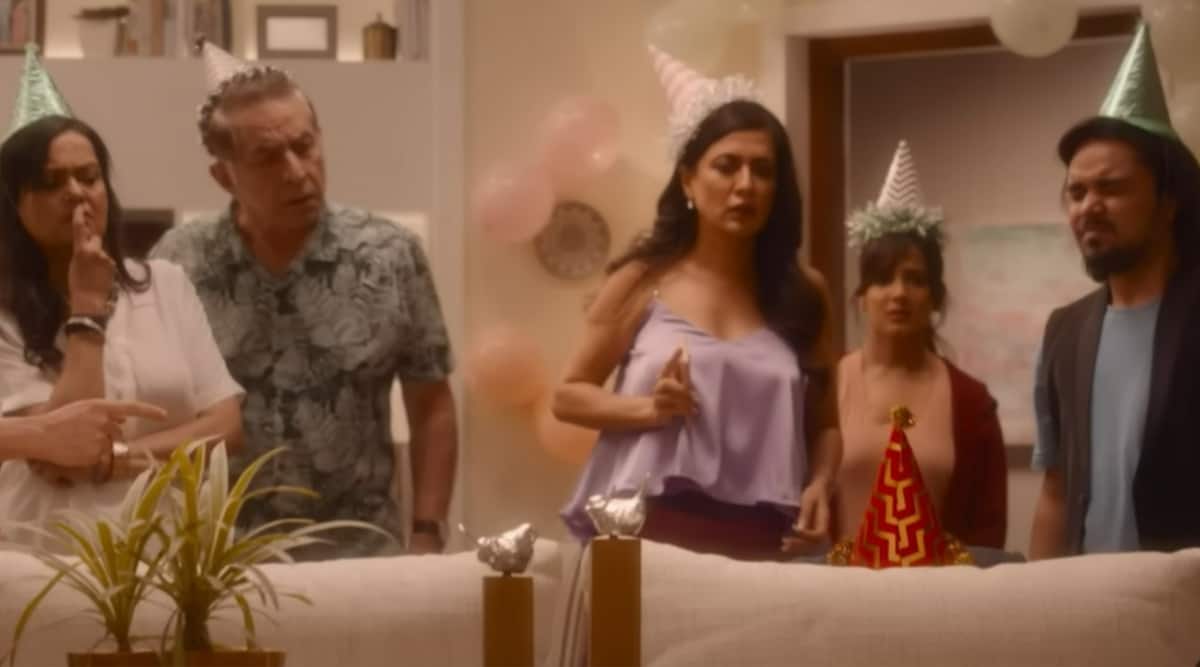 Crazy family drama, Mind the Malhotras, is all set to return with the next season. On Monday, the series trailer was dropped to introduce some new characters. And from the looks of it, season 2 seems like a fun ride. As well Mini MathurCyrus Sahukar, Sushmita Mukherjee, Anandita Pagnis, Nikki Sharma, Jason D’Souza, Rahul Varma and Denzil Smith will once again lead the cast, while Sameer Kochhar, Dalip Tahil and Maria Goretti will also be part of the latest installment.

While the first season gave viewers a glimpse into the mid-life and marital crisis-filled lives of Rishabh and Shefali (Sahukar and Mathur), the next will see them try to rekindle the fire between them. Added to that are the difficulties that come with teenage children. While Shefali is struggling to become a popular online chef, Rishabh is busy getting international investors for his business. As the two struggle desperately to strike a balance between their professional and personal lives, the admission of Shefali’s college friend turns their lives upside down.

Talking about her return with the new season, Mini Mathur said in a statement that the role has brought her a lot of love from fans. “I am very excited to get into the skin of my character again, give her some more shades and grow as an actor. I hope Rishabh and Shefali’s life will capture the hearts of the viewers like the previous season. Without revealing too much, Mind the Malhotras say that season 2 will be messier, crazier, funnier and more relatable. I can safely say,” added the actor.

From Cyrus Sahukar, “Malhotras are back to spice up life once again. As Rishabh and Shefali fight, the viewers are won over with a double dose of fun, entertainment and hilarity. Season 1 was fantastic, and we were touched by the reception the show received. As excited as I am for Season 2, I’m a little nervous and hope viewers shower their love on us like they did before.

The Indian adaptation of Israeli show La Famiglia, Mind the Malhotras 2 is helmed by Sahil Sangh, but bankrolled by Applas Entertainment. The series will premiere on Amazon Prime Video from August 12.