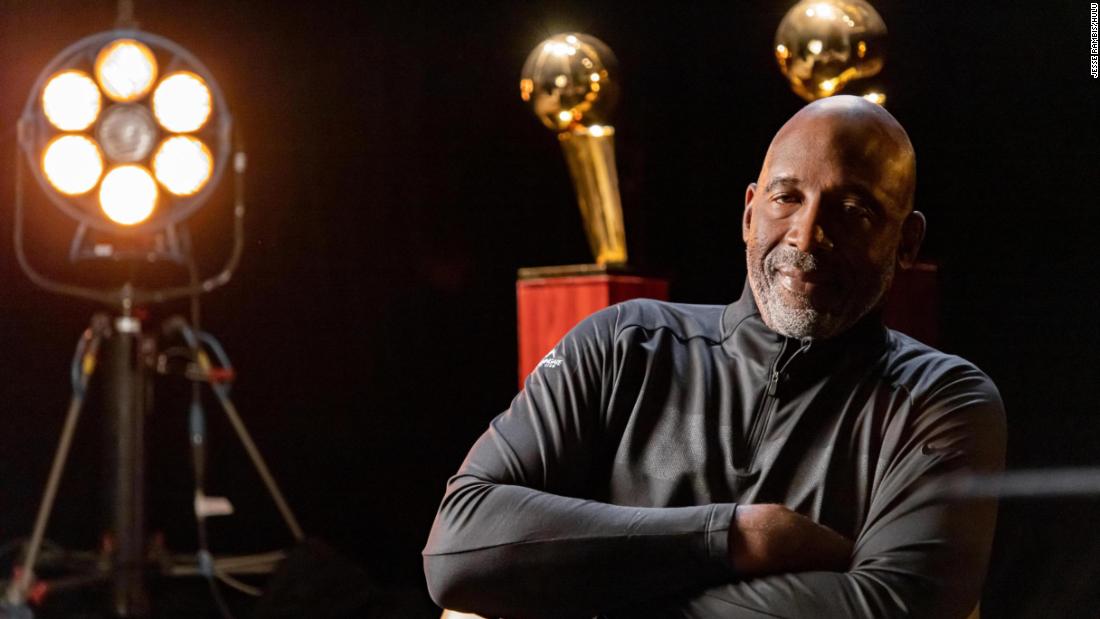 Lakers CEO Gene Buss will serve as executive producer of “Legacy,” while all of late owner Jerry Buss’ children will sit down for interviews with an extensive list of the team’s former players, coaches and high-profile opponents.
Even so, director Antoine Fuqua (whose documentary credits include the sports-related “What’s My Name: Muhammad Ali”) has tipped the scales very much toward Jerry Buss and his determination to turn the NBA’s showiest franchise into a family business. The result is a series full of highlights but that plays like a heavily licensed product, heavy with reminiscences of the Buss family.

In some respects, the whole exercise comes off as an extended response to “Winning Time,” an attempt to reclaim the team’s narrative after that show’s exaggerated portrait of key Lakers players and staff, which often bordered on satire.

For example, Jerry West, who has publicly criticized the HBO show, calmly and openly discusses how demanding he is as a coach, saying of players, “I regret playing for me,” while others celebrate his brilliance. An eye that recognizes talent in its functional capacity.
Fuqua contextualizes “Legacy” in the broader sociological context of Los Angeles, a city of diverse communities united by a collective love of the Lakers and Dodgers — at least when the teams win. From that perspective, the series compares well with last year’s ESPN documentary “Once Upon a Time in Queens,” which was devoted to the Mets and their relationship with New York.

Still, if you blinked twice during the segment devoted to the teams of the ’80s, you’d miss another championship, a build sometimes enamored with individuals through real basketball.

Then what’s left are bits and pieces: how buses turned the forum where the Lakers played into the hottest night spot in the city of stars; Other innovations that the Lakers Girls and fellow owners rushed to copy, such as raising the price of bus floor seats from $10.50 to $65; And Magic Johnson’s unprecedented 25-year contract prompted teammate Jamaal Wilks and the rest of the team to question Johnson’s close ties to the owners, “Is he one of us or one of them?”

When the subject turns to basketball, “Legacy” flies in the higher percentages, Julius Erving, aka Dr. Jay hails Kareem Abdul-Jabbar as “the greatest of all time,” and Celtics star Larry Bird expresses similar awe, saying he thought his brother would see him standing on the court next to the Lakers big man.

Six of the 10 episodes were available, following Abdul-Jabbar’s retirement and Johnson’s HIV diagnosis leading to the Lakers’ downs and signing of Shaquille O’Neal and the award-winning drafting of teenage sensation Kobe Bryant. the resurrection

Even then, there was seemingly more interest in coach Phil Jackson’s personal relationship with Jeannie Buss. The filmmakers couldn’t resist adding the obligatory Hollywood pizzazz to the proceedings, with celebrity Lakers fans Rob Lowe, Flea and Snoop Dogg among the voices getting plenty of screen time.

For Lakers faithful or anyone interested in the NBA’s surge from Magic-Bird matchups to today, there’s still a lot to like here. But “Legacy” ultimately proves too committed to the Buss family side of this sprawling story.

In that sense, the question Wilkes asks of Johnson resonates with viewers in a slightly different way—that is, is it made for us or is it made for them?

“Legacy: The True Story of the LA Lakers” premieres August 15 on Hulu.