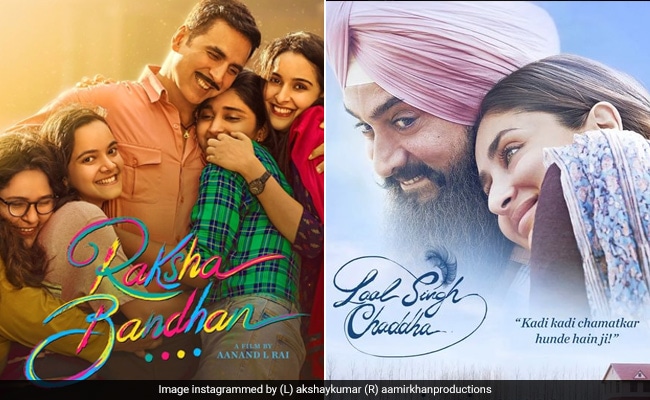 The latest films of the two lead actors – Aamir Khan and Akshay Kumar – started their box office journey on August 11 on a “disappointing” note. Neither of them succeeded in winning the hearts of the cinephiles. Film analyst Taran Adarsh ​​reported that Aamir Khan and Kareena Kapoor’s Laal Singh Chadha, the Hindi remake of Hollywood hit Forrest Gump, had a “dull start” and “shockingly low” collections on its first day. Directed by Advait Chandan, this film earned only Rs 12 crore in India. Taran Adarsh, who shared Lal Singh Chadha’s box office report on Koo, wrote: “Lal Singh Chadha is shockingly low on Day 1… Dull start adds to the woes of an ailing industry… Good at premium multiplexes, but weak in mass circuits… To rescue situation Friday- Need to score big by Sunday… Rs 12 crore on Thursday. Business of India. *All* versions.”

Aamir Khan is back on the silver screen after four years of Lal Singh Chadha. He stars opposite Kareena Kapoor in the film, which also features South star Naga Chaitanya in a cameo. As it is a Hindi remake of Tom Hanks’ Forrest Gump, the plot is familiar – Lal Singh Chadha travels through important events of Indian culture and history. The film also stars Mona Singh.

Meanwhile, another film released yesterday is Raksha Bandhan. It has been receiving negative reviews from critics and moviegoers. Taran Adarsh ​​reported that the film collected only Rs 8.20 crore on the first day.

According to film analysts, the Anand L Rai directorial could not do well in metropolitan cities and it is expected to earn more over the weekend. Analyzing the film’s performance at the box office, Taran Adarsh ​​wrote: “Raksha Bandhan has a disappointing start on Day 1… Mass circuits do well. [good occupancy in evening shows], but metros are the weakest… Business needs to grow/jump from Friday-Sunday to improve its prospects… Rs 8.20 crore on Thursday. Business of India.”

Raksha Bandhan has been criticized for showing marriage as an important aspect of women’s lives. The film features Bhumi Pednekar as Akshay Kumar’s love interest and Sadia Khatib, Sahejmeen Kaur, Smriti Srikanth and Deepika Khanna as his sisters.