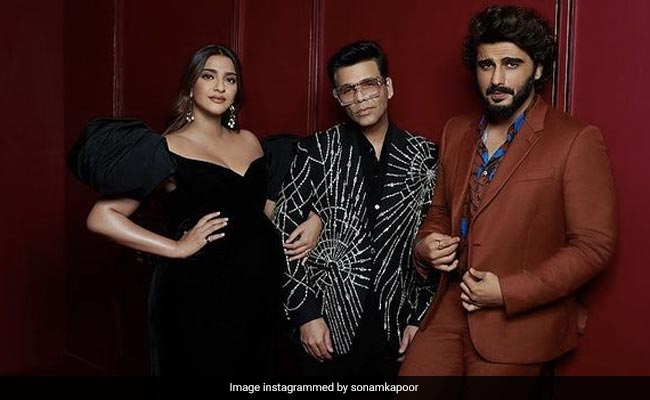 Sonam Kapoor and Arjun Kapoor are the latest guests on Karan Johar’s talk show, Coffee with Karan 7And spoke more about their mutual bond and their childhood with some anecdotes. During the question round, Sonam picked a card and asked Arjun if he “didn’t like” anyone he dated. earlier Gunday The actor might reply, “I don’t think except Anand, he doesn’t like anyone, I’m always good with whoever he’s with,” Sonam said. To which Arjun said, “I don’t need to answer. I don’t hate everyone. I want to make it clear that I don’t hate any of them.”

I went with Sonam on her first date when she was 12, he said. Narrating the incident, Sonam said, “We went to McDonald’s in Lokhandwala.” Arjun said that the actress had told her parents that she would go out for dinner with Arjun as they were strict. She said, I am going to have lunch with Arjun. Obviously, this is the easiest excuse because Arjun eats. I mean what a pure way to go out to meet a boy.”

Sonam shared that Arjun was sitting alone at dinner: “I bought him a couple of burgers.” Arjun said, “I’m sitting on a separate table eating a burger,” Sonam told her date to make her brother behave strictly. But I am not strict, says Arjun.

In this episode, Sonam Kapoor talks about her pregnancy. She said the first three months were tough but now she is enjoying herself. Arjun also talked about his relationship with girlfriend Malaika Arora. He keeps her name on his phone because he likes the way it sounds and looks.