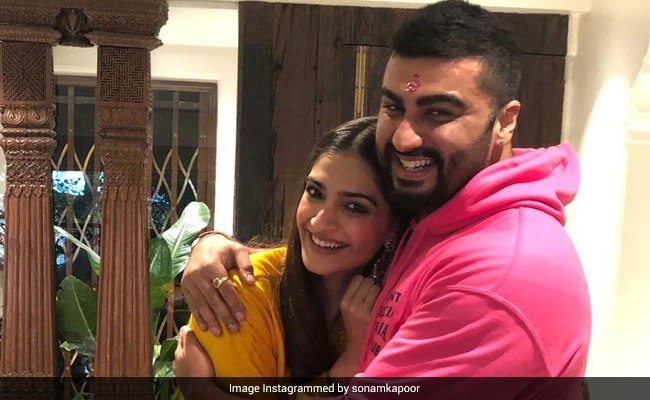 Arjun Kapoor and Sonam Kapoor to appear in the upcoming episode of Karan Johar’s chat show Coffee with Karan 7. This is the first time that both of them will appear together in the show. Last year, Sonam Kapoor accompanied her siblings Rhea and Harshvardhan Kapoor and this time, she is accompanied by her cousin Arjun, with whom she shares a close bond. Speaking of which, when they show up KWK 7, Sonam recalled an incident at her school when a bully asked her to get off the basketball court and inadvertently turned to Arjun for help. However, things did not go as planned.

Narrating what happened next, Arjun Kapoor said, “I went up to him and said, ‘How do you talk to my sister? I imagined Shah Rukh Khan in Josh where two gangs fight, but I got infected. Eye! I got a black eye and I got suspended because I insulted him.’

On Tuesday, Karan Johar shared a promo on his Instagram handle, giving fans a glimpse of the upcoming episode. In the promo, when KJo asked Sonam how many of his friends “Arjun Kapoor has slept with,” he said, “I’m not discussing that, between my brothers, there’s no one left.” Hearing this, Arjun said: “What kind of sister are you? What are you talking about us? Why do you think I was called on the show for being trolled by Sonam.”

Meanwhile, on the work front, Arjun Kapoor has several films in his kitty – Lady Killer And Kutte.