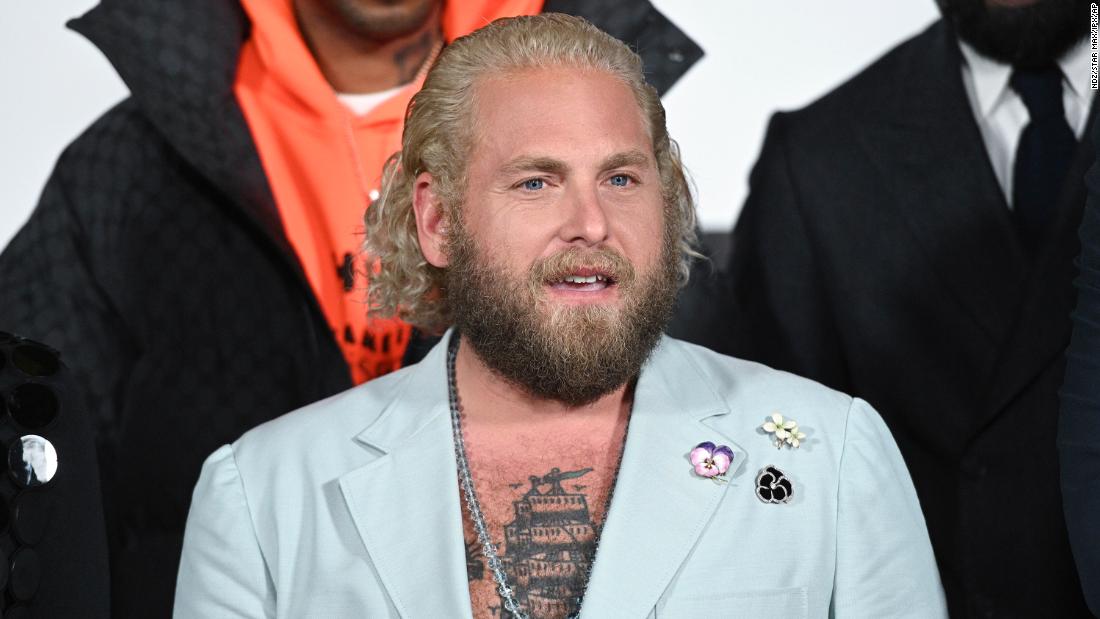 Known for starring in films like “21 Jump Street” and “The Wolf of Wall Street,” the 38-year-old explores mental health and the impact her job had on her anxiety in her upcoming documentary “Stutz.”

“I just finished directing my second film, a documentary called ‘Stutz’ about me and my therapist that explores mental health in general. The whole purpose of making this film was to give the tools I’ve learned in therapy and therapy to a larger audience for private consumption through an entertaining film,” he said in a statement to Deadline on Wednesday. Said.

“Through this journey of self-discovery within the film, I came to the understanding that I had suffered anxiety attacks for nearly 20 years, exacerbated by media appearances and public encounters,” added Hill.

In light of this, the actor said he would not promote the documentary in order to “protect” himself, though he said he “can’t wait to share it with a worldwide audience”. struggling.”

“If I get sick by going out there and promoting it, I’m not being true to myself or to the film,” said the actor, who directed the film, which he feels “speaks for itself”.

The same goes for his other upcoming projects.

Hill was last seen in the 2021 film “Don’t Look Up,” which was nominated for four Oscars. He is all set to star in the comedy “You People”, which is currently in post-production and is expected to premiere this year.

“I understand that I have some privilege in being able to afford to take time off. I don’t miss my job while working on my anxiety,” she said.

“With this letter and with ‘Stutz,’ I hope to make it more common for people to talk about and act on this stuff. So they can take steps toward feeling better and so that people in their lives can understand more about their problems. Clearly,” Hill added.

Last year, the actor opened up about his body image insecurities, telling his followers on Instagram: “I kindly ask you not to comment on my body.”

On Sunday, “Spider-Man: No Way Home” star Tom Holland said he was taking a break from social media because of the “harmful effect” it had on his mental state.
Last year, actor Ryan Reynolds spoke about the impact anxiety had on his life and work. He described anxiety, which he developed in childhood, as “an engine for creativity but it has its own veil of cloudiness and darkness.”
And in April, singer Camila Cabello opened up about the “crippling” anxiety she experienced while making her album “Familia.” She is in a better place now, which she attributes to her vulnerability and healing efforts.