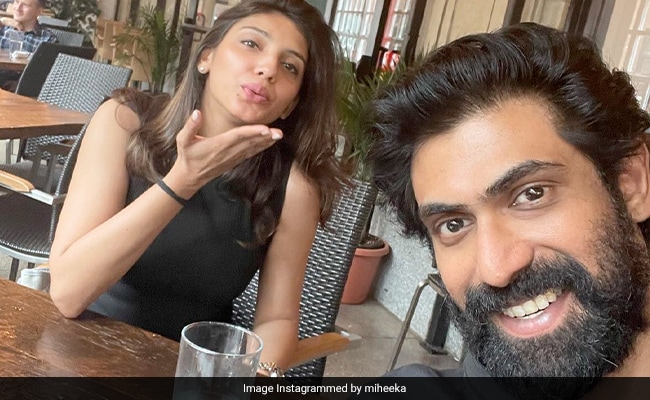 On her second wedding anniversary, Miheeka Bajaj shared adorable pictures on her Instagram profile on Monday. In one photo, the couple can be seen posing in front of the Eiffel Tower in Paris. The other shots are just as cute. Miheeka simply wrote 2 and added a black heart emoji to her post. Meanwhile, Rana Daggubati has cleaned up his Instagram profile by deleting all his posts. Rana Daggubati and Miheeka got married in Hyderabad in August 2020 in an intimate ceremony in the presence of a few family members. Apart from members of the Daggubati family, Rana’s best friend Ram Charan and his wife Upasana and actor Allu Arjun were among the 30 guests who received invitations. The couple announced their surprise engagement in May 2020.

Rana Daggubati’s mother-in-law Bunty Bajaj also wished the couple on their second wedding anniversary. Posting a picture of Rana and Miheeka, Bunty Bajaj wrote in her caption: “Happy Anniversary Rana and Miheeka! May God bless you both with many more years together, love and happiness always. Love you both.”