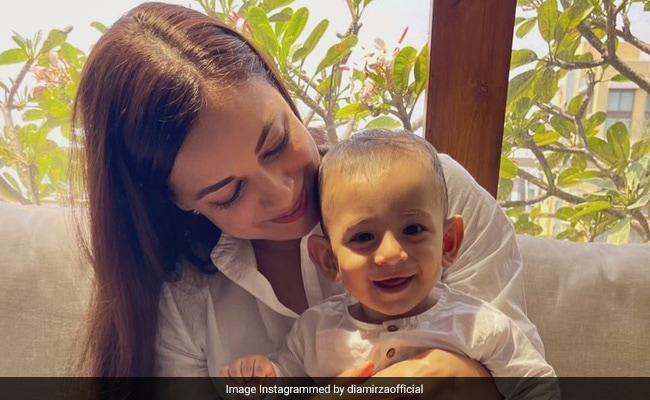 Dia Mirza blessed our Instagram feeds with a super cute video of her son Avyan Azad on Monday afternoon. In the video, Dia Mirza’s one-year-old son Avyan can be heard saying “mamma” and the actress revealed that this is the first time he has called her “mamma”. Posting the video, Dia Mirza wrote in her caption: “He said “mamma” for the first time yesterday.” He added the hashtag #IAmNature to his post. In the comments section, Malaika Arora, Sophie Chaudhry dropped heart emojis. Dia Mirza and her husband Vaibhav Rekhi welcomed a baby boy in May last year. However, he shared the news with the world a few months later.

On Avyan Azad’s first birthday this year, Dia Mirza shared this greyscale picture along with an extensive note. She signed a long note with these words: “We are grateful to all your doctors and nurses for taking such good care of you. Avian Azad, you have inherited a world that regards your love, grace, compassion and kindness. Make your own way my dear. Just like you do every day. Always remember – You are loved. Happy birthday our son. Thank you for choosing us.”

Among the upcoming projects of the actress is Anubhav Sinha Bheed With Rajkumar Rao and Bhumi Pednekar. She is also going to act Dhak DhakAlong with Ratna Pathak Shah, Fatima Sana Sheikh and Sanjana Sanghi.