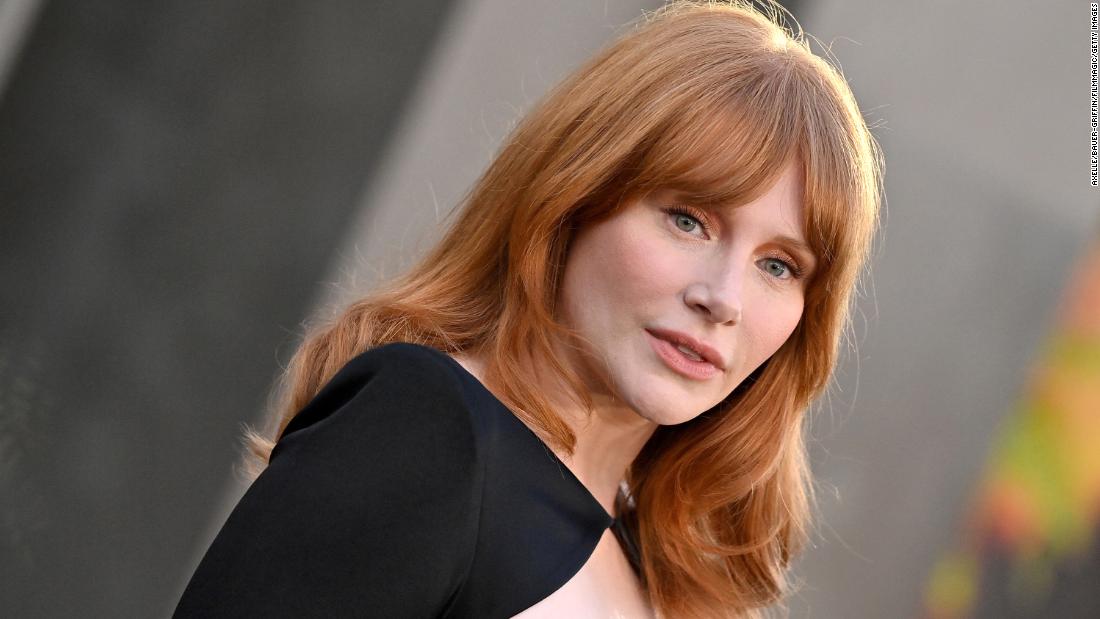 “When I started negotiating for ‘Jurassic,’ it was 2014, and it was a different world, and I was at a huge disadvantage,” he said. “And, unfortunately, you have to sign up for three movies and so your contracts are set.”

Eventually, he discussed the disparity with Pratt, who took action to get his co-star equal terms in other franchise-related opportunities, such as games and theme park rides.

“He literally told me: ‘You guys don’t have to do anything. I’m going to do all the negotiating. We’re going to get paid the same and you don’t have to think about it, Bryce,'” Howard said. “And I love him so much for doing that. I really do, because I’ve gotten more money for that kind of thing than I ever did for a movie.”

CNN has reached out to Howard’s representative for further comment.

“Jurassic World: Dominion,” the sixth film in the Jurassic Park franchise, earned an estimated $143.3 million in its opening weekend.