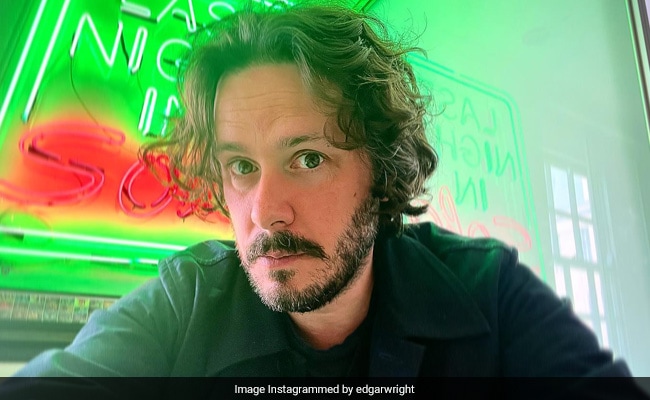 Most filmmakers in the West are tipping their hats to SS Rajamouli RRRRecent British director Edgar Wright called the Telugu period action epic “an absolute blast”.

Wright, the man behind such blockbusters Baby Driver, Scott Pilgrim vs. the World And Last night in SohoHe said he saw recently RRR at the British Film Institute (BFI) and found it an “entertaining” watch.

“Finally saw @RRRMovie on the big screen at the @BFI with a huge crowd. What an absolute blast. Very entertaining. The only film I’ve ever seen that got an applause for the intermission card,” the 48-year-old filmmaker tweeted on Saturday.

official page of RRR Wright took to Twitter to thank her for all the praise.

“This is driving us crazy. We are excited to hear from you. Thank you so much @edgarwright!!” Releasing in theaters in March, RRR 1,200 crores at the global box office. The Hindi version of the film premiered on Netflix on 20 May and soon became India’s most popular film on the streamer globally.

RRR Also dubbed in Tamil, Malayalam and Kannada, available for streaming on ZEE5.

Meanwhile, search engine Google has found a unique way of honoring Rajamouli and his film.

When users search RRR On Google, a moving emoji of a horse and motorcycle is displayed at the top of the page after search results. It is a tribute to the film’s iconic scene of Ram Charan sitting on a horse while Jr. NTR rides a bike.

The official handle of the film also thanked the search engine for the gesture.

“Thank you @Google for surprising us and acknowledging the global phenomenon and popularity of RRR,” read the tweet.

RRR This is Rajamouli’s third consecutive blockbuster Baahubali: The Beginning And its sequel Baahubali: Conclusion.