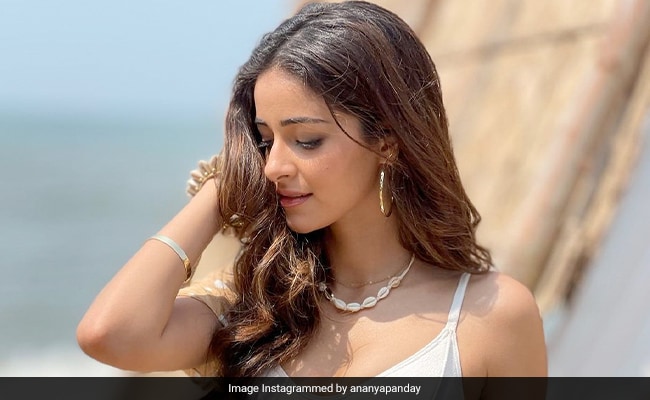 Ananya Pandey is busy promoting her upcoming film liger, Co-starring Vijay Devarakonda, he treated his Insta family to new pictures from his latest song, Afat. However, behind her stunning photos are many failed attempts. In the pictures, the actress was trying to have some “heroine moment”, but every time she posed for the camera, she was “attacked by feathers” or her hair got stuck in the blower. Her caption read, “Expectation vs Reality Tried to have my heroine moment but I got attacked by feathers and got my hair stuck in the blower #AAFAT“.

Soon after he shared the post, his BFF Shanaya Kapoor dropped heart and love-in-love emoticons. Check out the post below:

Currently, Ananya Pandey and Vijay Devarakonda are in Ahmedabad to promote their film Ligar. She shared several pictures on her Instagram handle in which she looks gorgeous in a shimmering orange top with white pants. Sharing the pictures, she wrote, “Full Marrow ni Jeevan Hello Ahmedabad!!!”

Friday, manufacturers Liger He unveiled the second song Ofat, It is a love track sung by Tanishq Bagchi and Zara Khan. Check out the song below:

Meanwhile, Ananya Pandey has also done it Kho Gai Hum Kahan With Siddhant Chaturvedi and Adarsh ​​Gaurav. The movie will release next year.