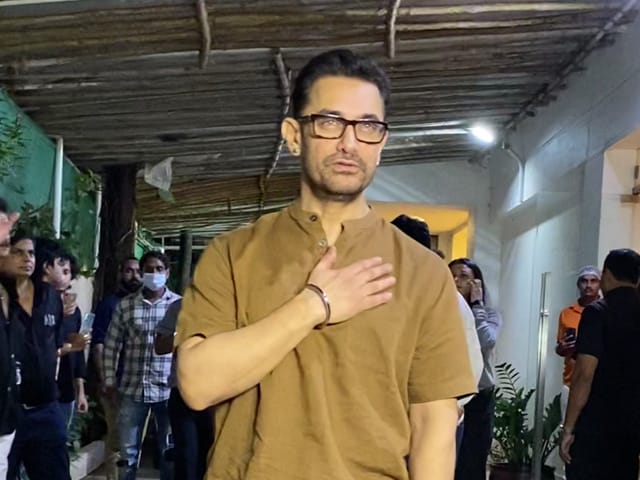 Aamir Khan is busy promoting his upcoming film Lal Singh Chadha, talked about Shahrukh Khan’s cameo in the film. During an interaction with an international publication, Mr Khan said he was looking for “India’s biggest iconic star” and approached SRK. Lal Singh Chadha It is a Hindi remake of Robert Zemeckis’ 1994 classic Forrest Gump, which stars Tom Hanks in the titular role. The film is produced by Aamir Khan, Kiran Rao and Viacom 18 Motion Pictures.

In a viral clip from the interview, Aamir Khan is heard saying, “Shah Rukh is a friend, and I told him that I want someone who represents Elvis in America and India’s biggest iconic star, that’s why I’m coming to you.”

“#Sharukh Khan He is a friend and he is India’s biggest iconic star” :- #Aamir Khan#Lal Singh Chadha#Pathanpic.twitter.com/Z3Bfdg6nvF

Forrest Gump It tells the story of a man (Tom Hanks) who does extraordinary things in his life. However, his only intention is to be with his childhood sweetheart, Jenny.

in Lal Singh Chadha, Kareena Kapoor will play the role of Rupa. The actress recently revealed that she had to undergo a look test for the first time in her career for this film. “It’s not ego, I’ve never done this before, so I was nervous. And when I told Saif, he said, I think it’s really cool. You should do it. And I said really what! What? What? He says it didn’t work, it Well, I said it’s Aamir, and if I do it, it’s going to be Aamir, ask whatever it is, I said I’m going to dive in and have fun with it,” he said.